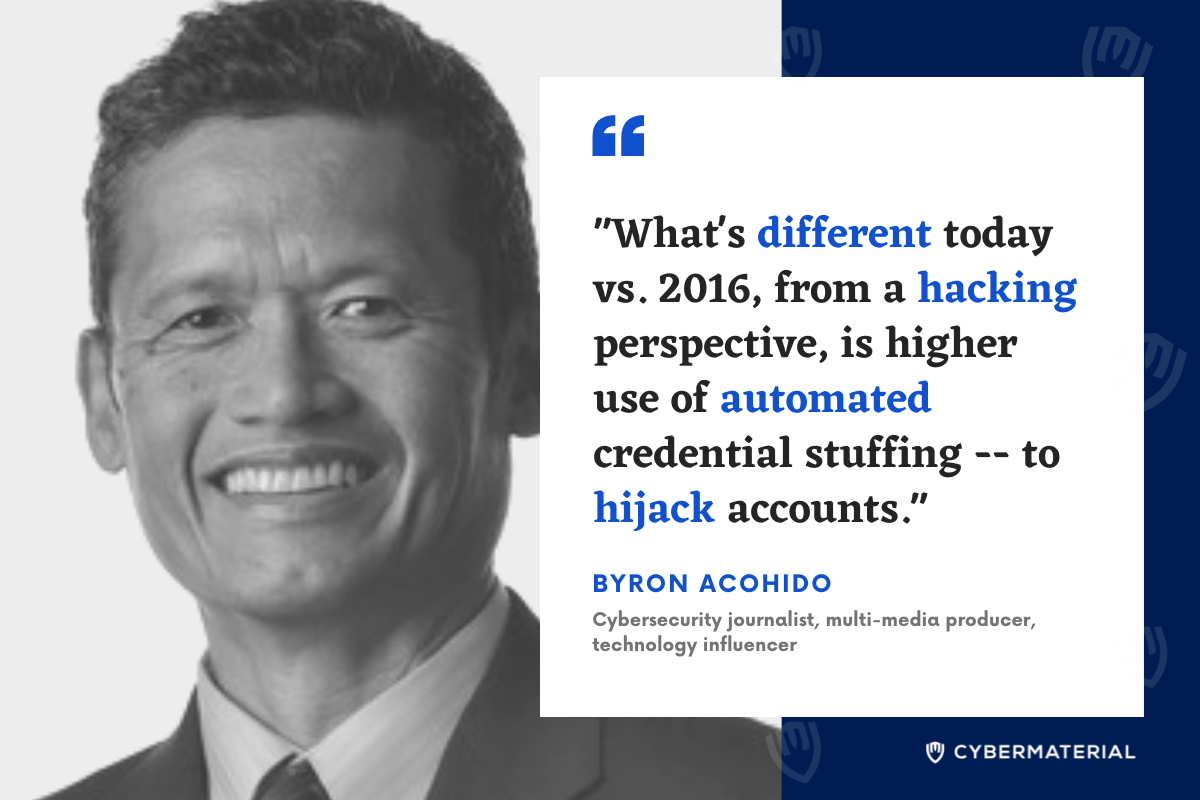 USA TODAY reporter and video producer Byron Acohido is one of the nation’s most respected cybersecurity journalists. Acohido first began paying close attention to cybersecurity in 2004. He conceived and delivered what has evolved into a pioneering body of work, chronicling the frenetic evolution of cybercrime in its formative stages. He has produced dozens of USA TODAY cover stories and news videos, countless news strips and blog posts, and an award-winning book, earning half a dozen national journalism awards along the way. While at the Seattle Times earlier in his career, Acohido was awarded the 1997 Pulitzer Prize for Beat Reporting and 11 other national awards for journalism.

Acohido first began paying close attention to cybersecurity and privacy in 2000, when he joined the Money section of USA TODAY to cover Microsoft. He conceived and delivered a nationally-recognized body of work for USAT, chronicling the frenetic emergence of cybercrime in its formative stages. He is the lead author of Zero Day Threat: The Shocking Truth of How Banks And Credit Bureaus Help Cyber Crooks Steal Your Money and Identity, a non-fiction thriller that received the 2009 NYSSCPA Excellence in Financial Journalism Award for general audience books. Acohido’s cogent articles, podcasts and videos are the gold-standard for smart coverage of complex privacy and security issues distilled for an intelligent audience.

A native of the 50th state of Hawaii, Acohido is a graduate of Damien Memorial High School in Honolulu and the University of Oregon School of Journalism in Eugene, Ore. He resides on Puget Sound in the picturesque hamlet of Kingston, Wash., where his avocations revolve around ocean sports and playing the ukulele. As a cybersecurity influencer, Acohido is dedicated to fostering awareness to help make our Internet-centric economy as secure as it ought to be.