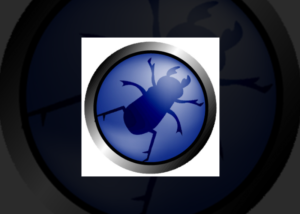 WebScarab is designed to be a tool for anyone who needs to expose the workings of an HTTP(S) based application, whether to allow the developer to debug otherwise difficult problems, or to allow a security specialist to identify vulnerabilities in the way that the application has been designed or implemented.

Almost nothing of the original WebScarab remains in the current code base. Although the spider code that WebSphinx/WebScarab was based on was mature and well-tested, it did not fit in with my view of how such a tool should operate. Rather than rip out 99% of WebSphinx, I chose to implement a trivial spider in its place. The original WebScarab/WebSphinx spider code is still available from SourceForge, for anyone who is interested.

Tools included in the webscarab package

Tags: tool of the dayWebscarab
33
VIEWS

This repository contains the cryptojacking malware dataset and relevant information for the "SoK: Cryptojacking Malware" paper.

Snort is the foremost Open Source Intrusion Prevention System (IPS) in the world. Snort IPS uses a series of rules...

“My message to companies that think they haven’t been attacked is: ‘You’re not looking hard enough.”