“If we can’t handle fake news…” 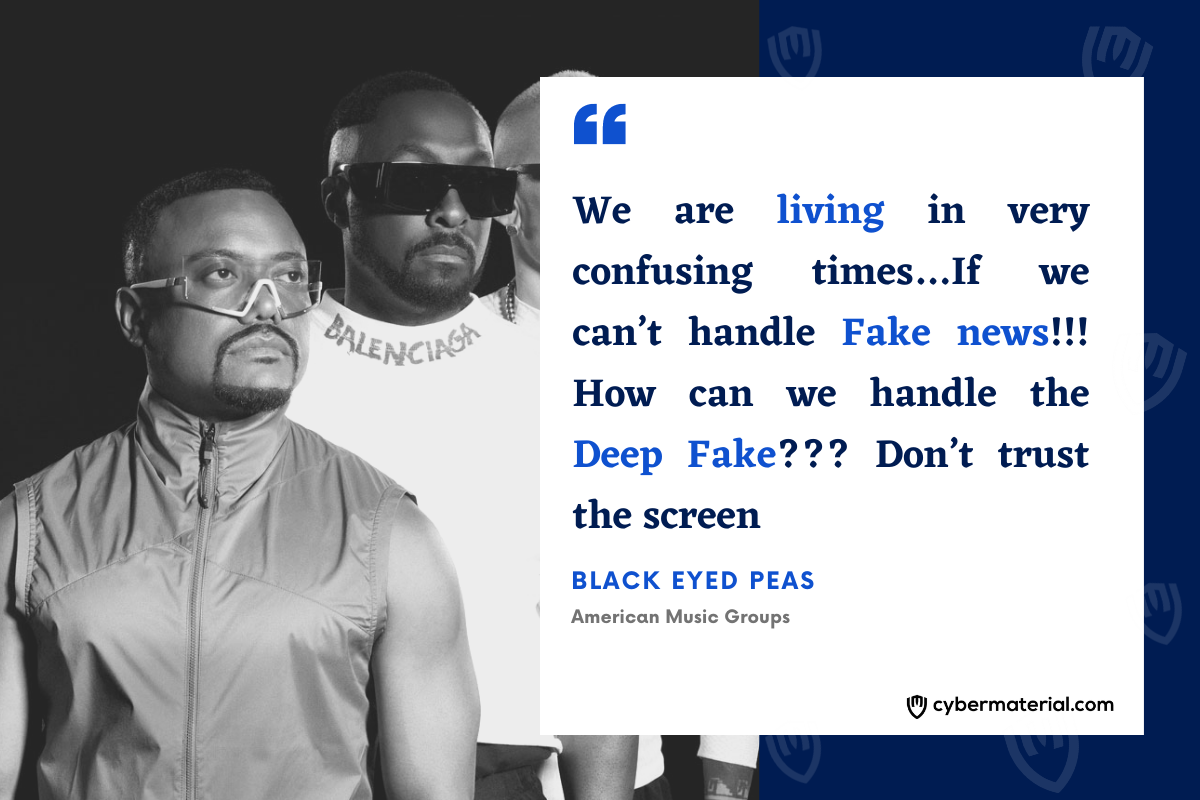 “We are living in very confusing times… We have smart phones and we do dumb things on them… We have Artificial Intelligence but we can’t tell Fake news from Facts… If we can’t handle Fake news!!! How can we handle the Deep Fake??? Don’t trust the screen” – Black Eyed Peas

About The Black Eyed Peas:

Hip-hop group the Black Eyed Peas expanded beyond their conscious rap roots to become one of the most commercially successful pop groups of the 2000s. The founding trio’s career began modestly with a pair of albums inspired by the positive-minded likes of A Tribe Called Quest and De La Soul.

After recruiting vocalist Fergie as their fourth member, the band’s pop instincts reached full flight. Ignited by the Top Ten hit “Where Is the Love?” and the Grammy-winning party anthem “Let’s Get It Started,” the group scored three multi-platinum albums in 2003’s Elephunk, 2005’s Monkey Business, and 2009’s The E.N.D. (Energy Never Dies).

While still adjacent to hip-hop, the group’s embrace of dance-pop was a savvy move that transformed them from a cult act into a chart-dominating mainstream phenomenon. After an eight-year hiatus, they reverted to a trio once again for 2018’s Masters of the Sun before hitting number three on the Top Latin Albums chart with 2020’s Translation.

Battle for the Galaxy: 6 Million Gamers Hit by Data Leak

Adoption of a Cybersecurity Framework