When discussing technological trends – particularly those of 2018 – it is almost impossible to leave out the significance that virtual and augmented reality have had. Most certainly, the topic of gaming cannot be dismissed when speaking of VR and AR. In fact, “by 2025, the worldwide user base of AR and VR games is expected to grow to 216 million users and will be worth 11.6 billion U.S. dollars.” Whereas users in retail, education, video entertainment and live events utilize the technology of VR/AR to a certain extent, expectedly, the most remarkable amount comes from video games. The real question is: will the VR/AR trend continue onwards, leading our technological advances to continue developing? Or will it stagnate around this period, leaving simply a portion of video gamers to enjoy the benefits? 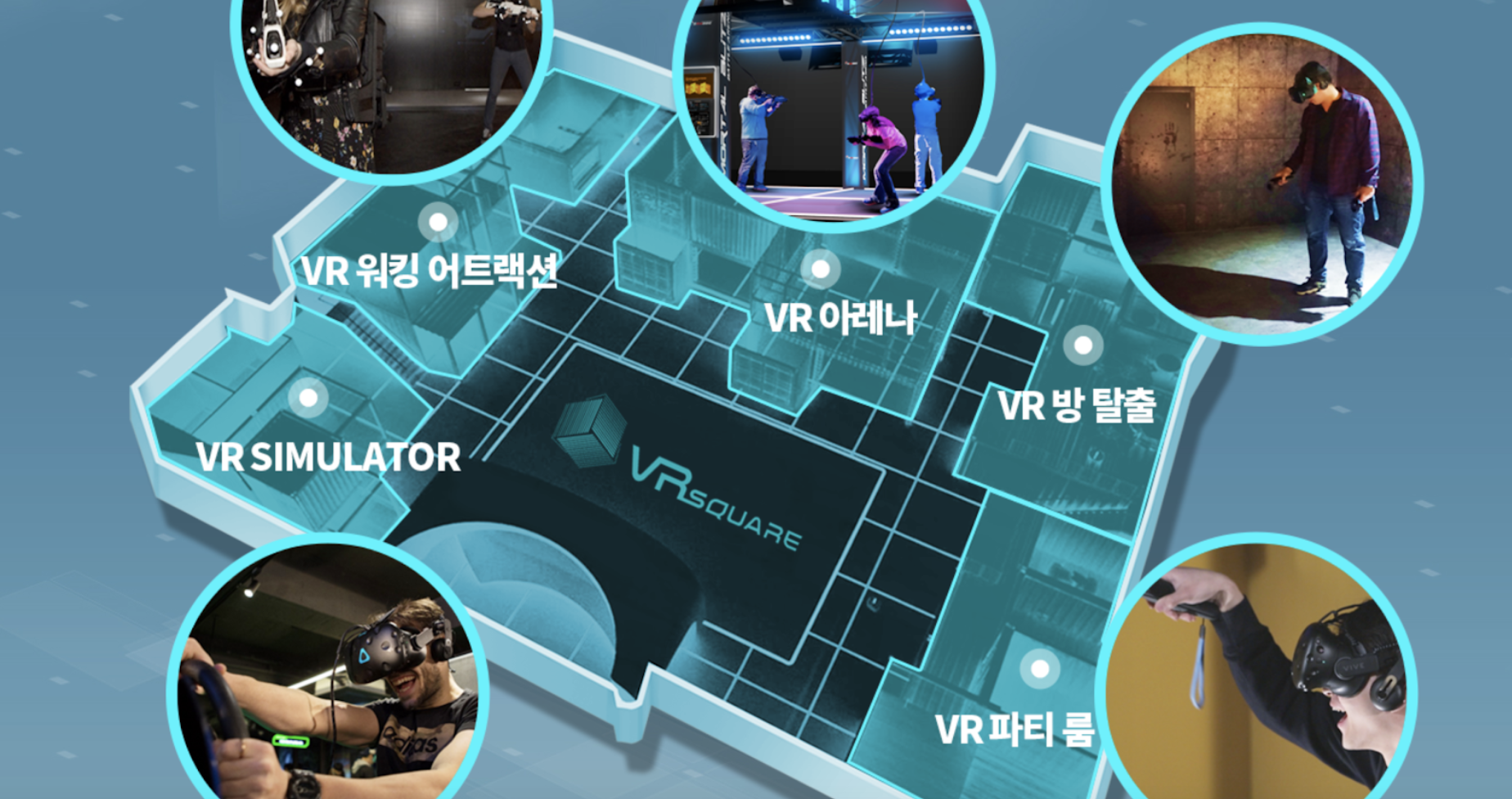 Firstly, the main difference between virtual and augmented reality is that in the direct experience. Virtual reality is the term for a computer-generated environment where users can use their own senses and interact with this technology. It creates a whole new environment, whereas augmented reality instead enhances the real world using “digitally produced perceptual overlays.” In addition, tech giants such as Google, Microsoft and Facebook are investing into virtual reality. As for AR, the main breakout started with Pokemon Go, and is continuously being used in marketing with QR codes or try on products.

As of now, in 2018, it seems that VR/AR is in the beginning phase in its path of growth. The idea of VR/AR has been around for quite some time, and has especially been trending nowadays through apps such as Pokemon Go or video games such as Sony’s PlayStation VR or Facebook’s Oculus Rift. Although the technology of VR/AR is constantly being developed by major companies and tested out by the consumers, it doesn’t seem as if many consumers are showing genuine interest in purchasing these headsets for money. In the consumer’s perspective, there simply aren’t enough everyday reasons to invest into one of these costly, technical items. As of now, there aren’t enough games or applications that are enticing enough for the consumer. In October 2017, Sony announced that a million PSVR units have shipped, but there are almost 68 million PS4s in the world. Thus, 1.5% of PlayStation users own a VR unit. Personally, I viewed VR as a short trend that is simply interesting because it is the latest technology. However, examining the number of major tech companies and individuals who believe in VR/AR, I can also bring myself to understand the importance of VR/AR and the significance of its application in our world.

The figure below is just one example out of the many VR locations in Seoul, South Korea. VR experiences are so popular as date and hangout activities that I have counted around ten zones in one area of Seoul, Hongdae, alone. 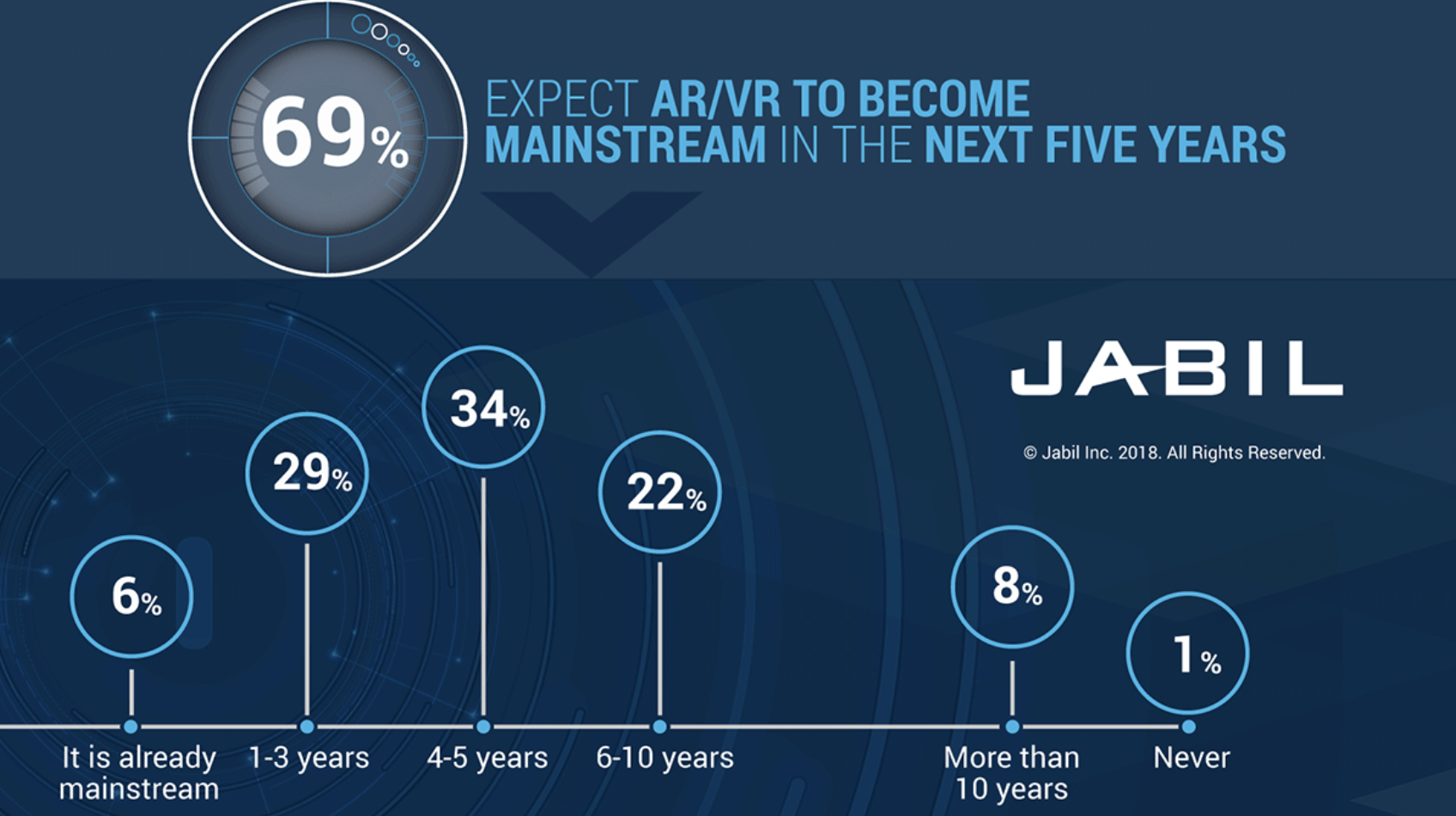 However, in Seoul, trends leave as rapidly as they come, so I would not expect these VR locations to stay for longer than one to a few years. Although AR/VR has been around for over 30 years, the hardware has only recently appeared frequently in the consumer world. Again, I would say that as VR/AR has been showing rapid growth in terms of technological development, but there is still quite a bit of development and time left for it to create a significant role in the commercial world. One day, in the far future, I would hope to see a condensed VR headset that would be more affordable for daily users, and connectable to our everyday smartphones or computers to help us with everyday tasks. However, for now, it seems that VR is going to be focused on video gaming and entertainment-based activities.

The figure below shows a promising future for VR/AR. Around 69% of the respondents of Jabil’s recent Augmented and Virtual Reality Trends Survey expect AR/VR to become mainstream in the next five years, and that highlights the quick pace of technological advancement that our society can create.

It is an unmistakable fact that the VR/AR market has been growing for a couple of years now, showing significant growth in 2018. There are numerous AR/VR devices on the market as of now, a lot of which have proved to be successful in the commercial world. Nonetheless, headsets are bulky and costly, lacking an abundant amount of current games or applications to support it. Thus, there is seemingly a far, yet favorable future for the state of VR/AR and I am sure that everyone, whether tech giant or consumer, is excited to watch its constant growth.

“As we approach the Christmas season, we should all be on our guard and take the practical Cyber Aware actions to keep us safe as we work, shop and socialize online.”