“The thing about documentation…” 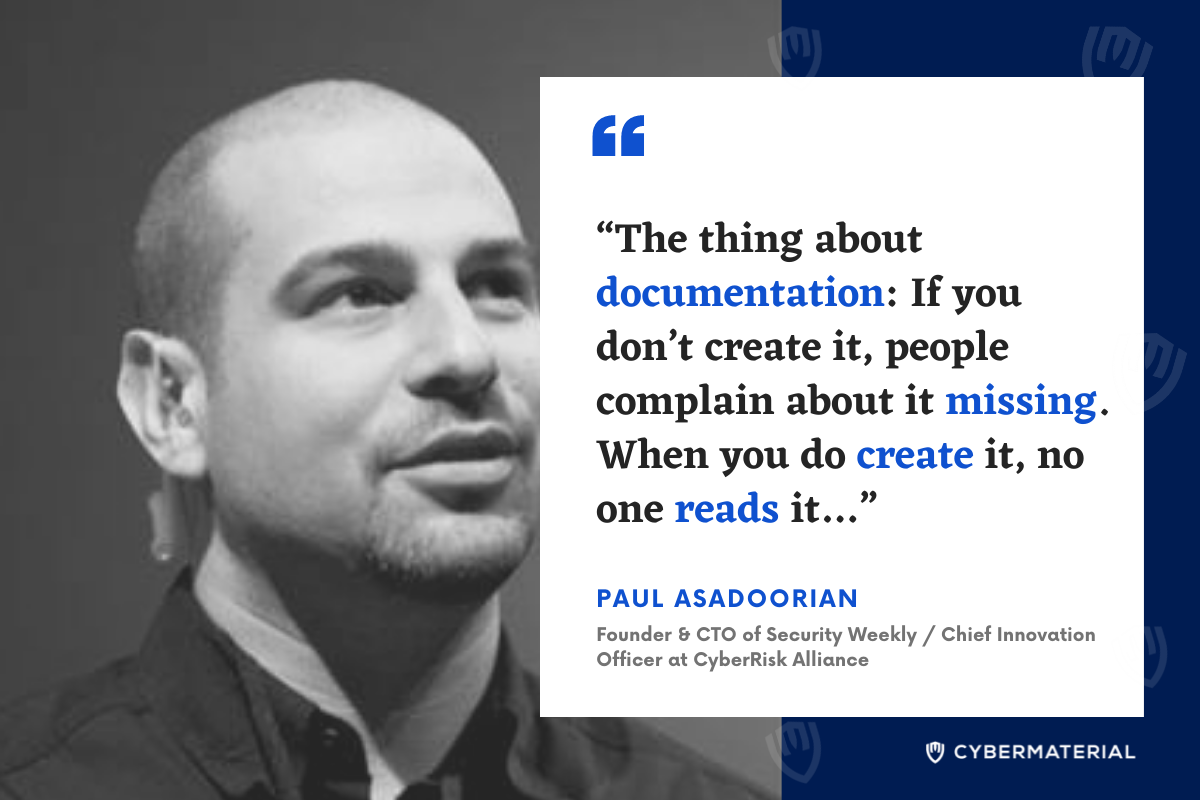 “The thing about documentation: If you don’t create it, people complain about it missing. When you do create it, no one reads it…” Paul Asadoorian – Founder & CTO of Security Weekly / Chief Innovation Officer at CyberRisk Alliance

Paul Asadoorian is the Founder & CEO of Security Weekly, where the flagship show, “Paul’s Security Weekly”, has been airing since 2005. In 2016, Security Weekly grew into the first security podcast network and added shows like Hack Naked News, Enterprise Security Weekly, and more. Paul hosts the various shows here at Security Weekly, all dedicated to providing the latest security news, interviews with the industry’s finest, and technical how-to segments. Paul is also the CEO of Offensive CounterMeasures.

Also a founding member of Active Countermeasures, a startup dedicated to providing reliable sources of actionable intelligence. Previously Paul has held technical (and marketing) positions at Tenable Network Security, penetration testing firms, and universities. Paul has also spent time as an instructor for The SANS Institute, an IANS faculty member and has presented at security conferences including RSA, Derbycon, Brucon, SOURCE Conference and more.

Paul Asadoorian spent time “in the trenches” implementing security programs for a lottery company and then a large university. Paul is an offensive security analyst, having spent several years as a penetration tester.

“Celebrities usually have an entourage of select…”

“If you give your data to a company, eventually they will sell it…”

Book: The Secret to Cybersecurity: A Simple Plan to Protect Your Family and Business from Cybercrime

“Give yourself more security than you need today…”