“The purpose of the DFS cybersecurity…” 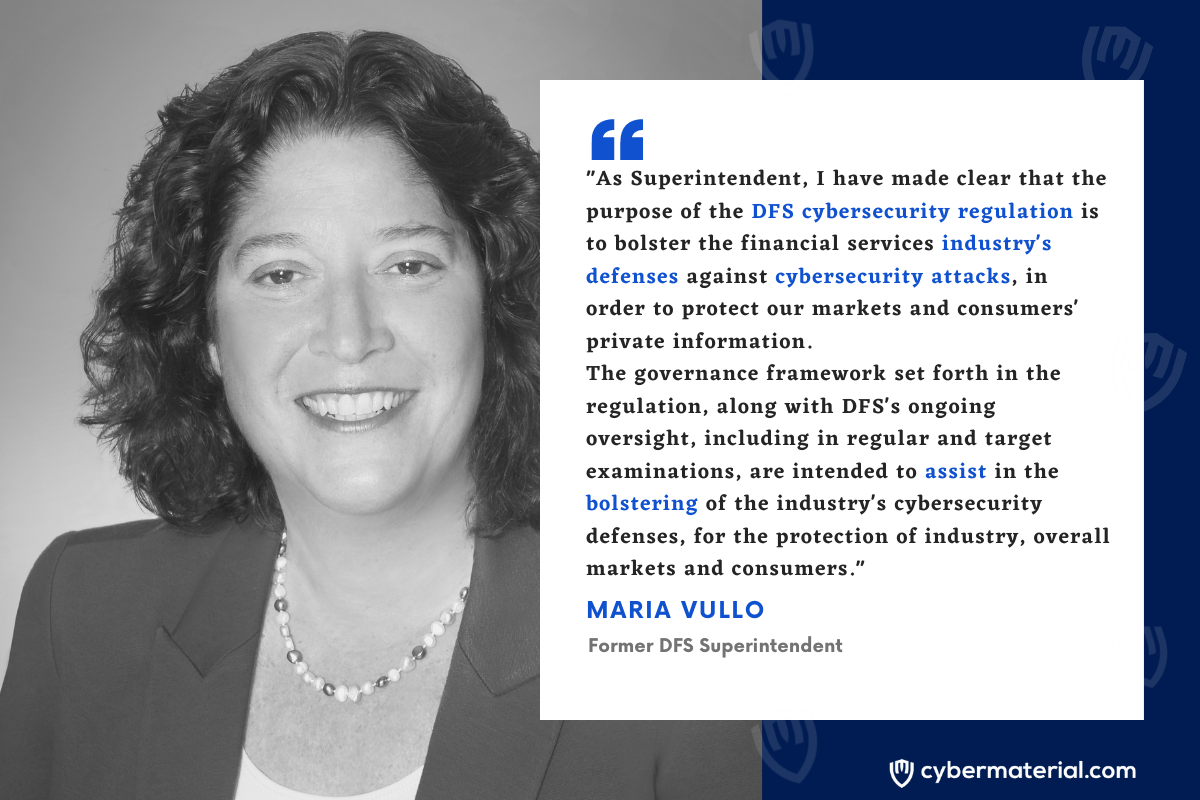 “As Superintendent, I have made clear that the purpose of the DFS cybersecurity regulation is to bolster the financial services industry’s defenses against cybersecurity attacks, in order to protect our markets and consumers’ private information. The governance framework set forth in the regulation, along with DFS’s ongoing oversight, including in regular and target examinations, are intended to assist in the bolstering of the industry’s cybersecurity defenses, for the protection of industry, overall markets and consumers.“ Maria Vullo – Former DFS Superintendent

Maria Vullo was the New York Superintendent of Financial Services. She assumed office in 2016. She left office in 2019. Vullo (Democratic Party) ran for election for Attorney General of New York. She withdrew before the general election on November 8, 2022. Vullo’s responsibility as the superintendent, an office created in 2011, was to protect markets and consumers in the state from fraud and to reform financial services regulation. When Vullo was appointed, she was a partner at Paul, Weiss, Rifkind, Wharton & Garrison LLP and had served in that role for 20 years. She had more than 25 years of experience in business, fraud, real estate and insurance litigation.
Vullo also oversaw the Economic Justice Division of the Office of the New York State Attorney General under then-officeholder Andrew Cuomo (D). Vullo was nominated twice by the New York State Commission on Judicial Nomination as a candidate for associate judge of the Court of Appeals. She has argued cases before the United States Supreme Court, multiple federal circuit courts of appeals, and the New York State Appellate Division.