“The hacker didn’t succeed through sophistication…” 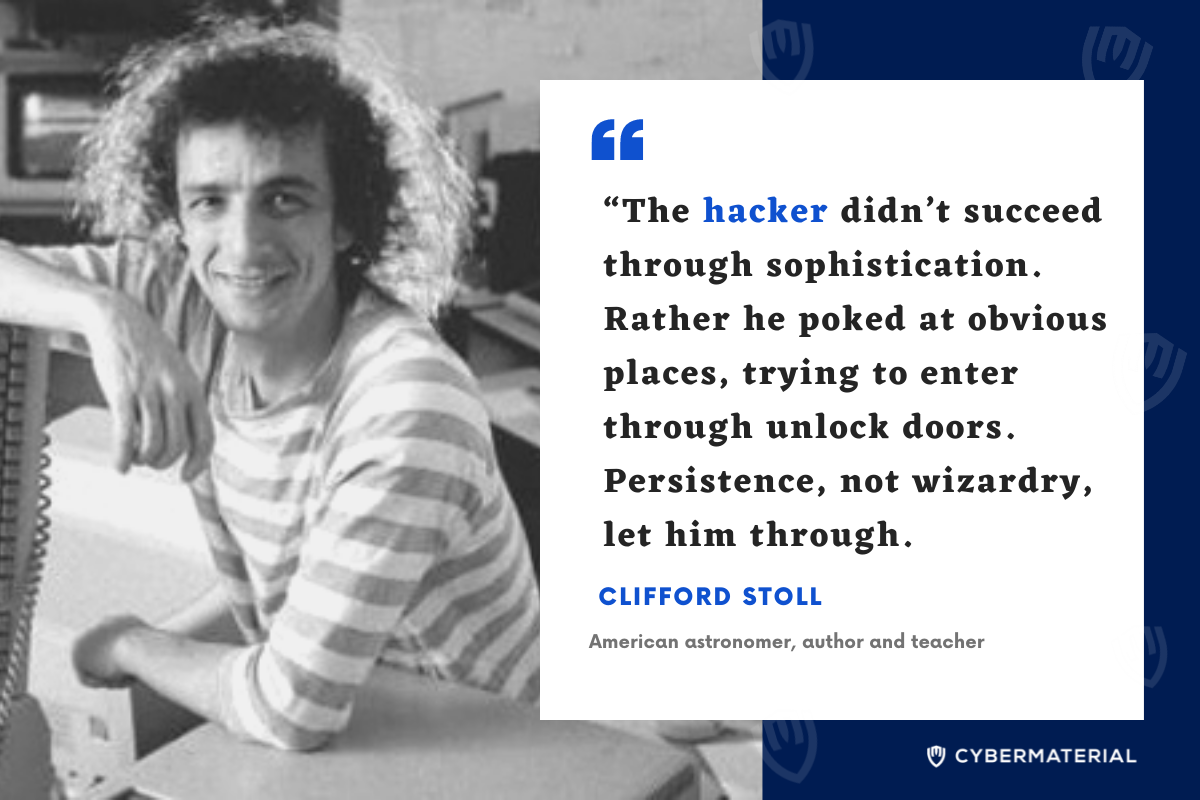 “The hacker didn’t succeed through sophistication. Rather he poked at obvious places, trying to enter through unlock doors. Persistence, not wizardry, let him through. Clifford Stoll – American astronomer, author and teacher.

He’s an American astronomer, author and teacher. He is best known for his investigation in 1986, while working as a systems administrator at the Lawrence Berkeley National Laboratory, that led to the capture of hacker Markus Hess, and for Stoll’s subsequent book The Cuckoo’s Egg, in which he details the investigation.

Stoll has written three books, articles in the non-specialist press (e.g., in Scientific American) on the Curta mechanical calculator and the slide rule, and is a frequent contributor to the mathematics YouTube channel Numberphile. (sophistication)

“Celebrities usually have an entourage of select…”

“If you give your data to a company, eventually they will sell it…”

Blockchain A-Z™: Learn How To Build Your First Blockchain