Book: The Cuckoo’s Egg: Tracking a Spy Through the Maze of Computer Espionage 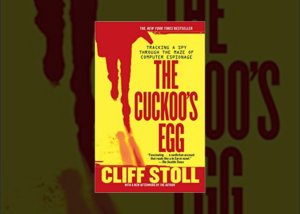 Before the Internet became widely known as a global tool for terrorists, one perceptive U.S. citizen recognized its ominous potential. Armed with clear evidence of computer espionage, he began a highly personal quest to expose a hidden network of spies that threatened national security. But would the authorities back him up? Cliff Stoll’s dramatic firsthand account is “a computer-age detective story, instantly fascinating [and] astonishingly gripping” (Smithsonian).

Cyber Review – The Struggle Is Real

Cyber Review – Cybersecurity: The Children’s Guide to Being Safe Online

“Conceptionally, Blockchain is TCP/IP applied to the world of business and transactions…”