“The biggest danger is not how deepfakes…” 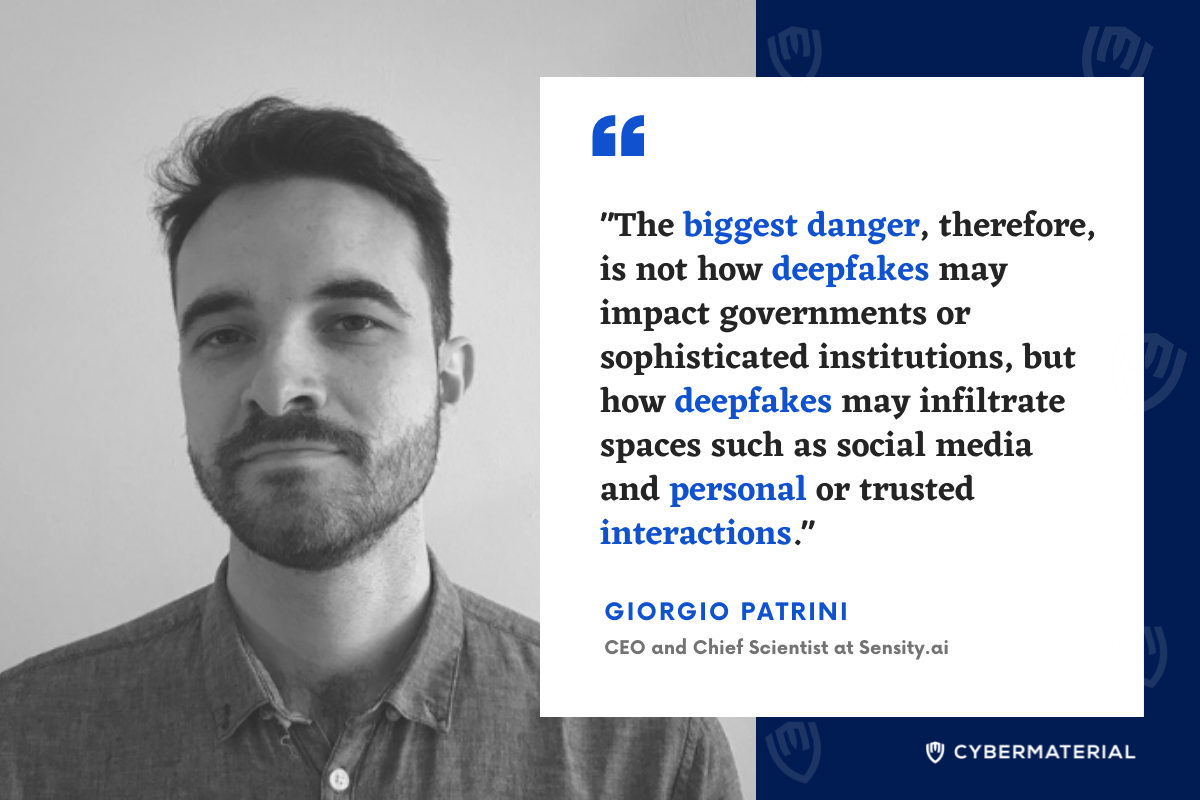 “The biggest danger, therefore, is not how deepfakes may impact governments or sophisticated institutions, but how deepfakes may infiltrate spaces such as social media and personal or trusted interactions.” Giorgio Patrini – CEO and Chief Scientist at Sensity.ai

He is the Cofounder and CEO at Sensity, formerly called Deeptrace, an AI security startup detecting and monitoring online visual threats such as “deepfakes”.

Giorgio Patrini has 2 current jobs as Member of Advisory Committee at The World Economic Forum and CEO and Chief Scientist at Sensity. Additionally, Giorgio Patrini has had 2 past jobs including Postdoctoral Researcher at University of Amsterdam.

Previously, he was a postdoctoral researcher working on deep generative models with Max Welling at the University of Amsterdam. He built privacy-preserving distributed machine learning systems at Data61, part of the Australian Federal Government. He defended my PhD at the Australian National University, advised by Richard Nock and Tiberio Caetano. His thesis was on weakly supervised (deep) learning and privacy. He received my BSc and MSc from Milan Polytechnic with a thesis on Nash equilibrium computation. In 2012 he co-founded Waynaut, a mobility startup acquired by Lastminute.com.

Deep Fakes and the Infocalypse