“The bad guy’s method is to become…” 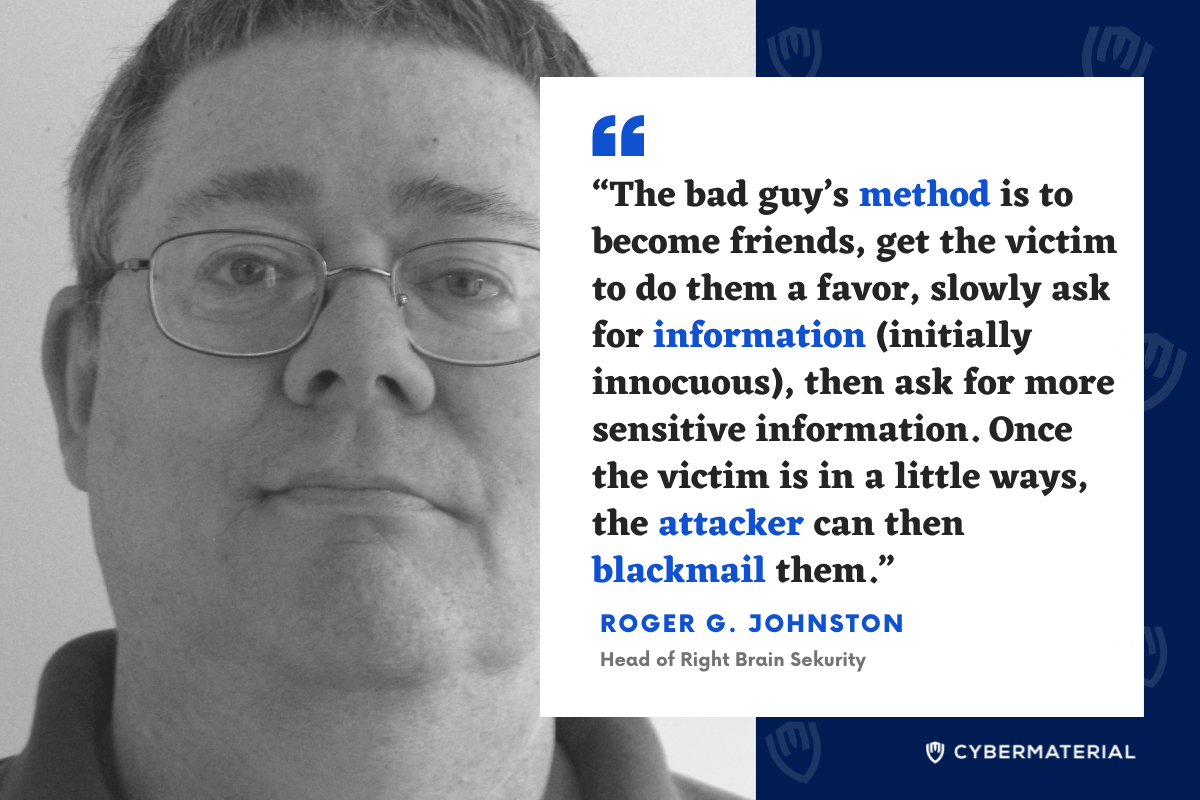 “The bad guy’s method is to become friends, get the victim to do them a favor, slowly ask for information (initially innocuous), then ask for more sensitive information. Once the victim is in a little ways, the attacker can then blackmail them.”

Roger G. Johnston, Ph.D., CPP is head of Right Brain Sekurity, a company devoted to security consulting, vulnerability assessments, and R&D. Roger received his bachelor’s degree from Carleton College in 1977, and his M.S. and Ph.D. degrees in physics from the University of Colorado in 1983.

Dr. Johnston was founder and head of the

Roger has won numerous awards for his work. He holds 10 U.S. patents, has authored more than 200 technical papers and book chapters, and has given 90+ invited talks, including 6 Keynote Addresses at national and international conferences. Dr. Johnston has frequently been interviewed for his views on security by bloggers and journalists. He serves as editor of The Journal of Physical Security.

“We are all exposed to the same risk…”

“The new cyber warfare is going after…”

Threatpost Podcast: The Roadblocks and Opportunities For Women in Cybersecurity

Neuro Practice Tells 363,000 That PHI Was Posted on Dark Web

“With AI and machine learning we can….”