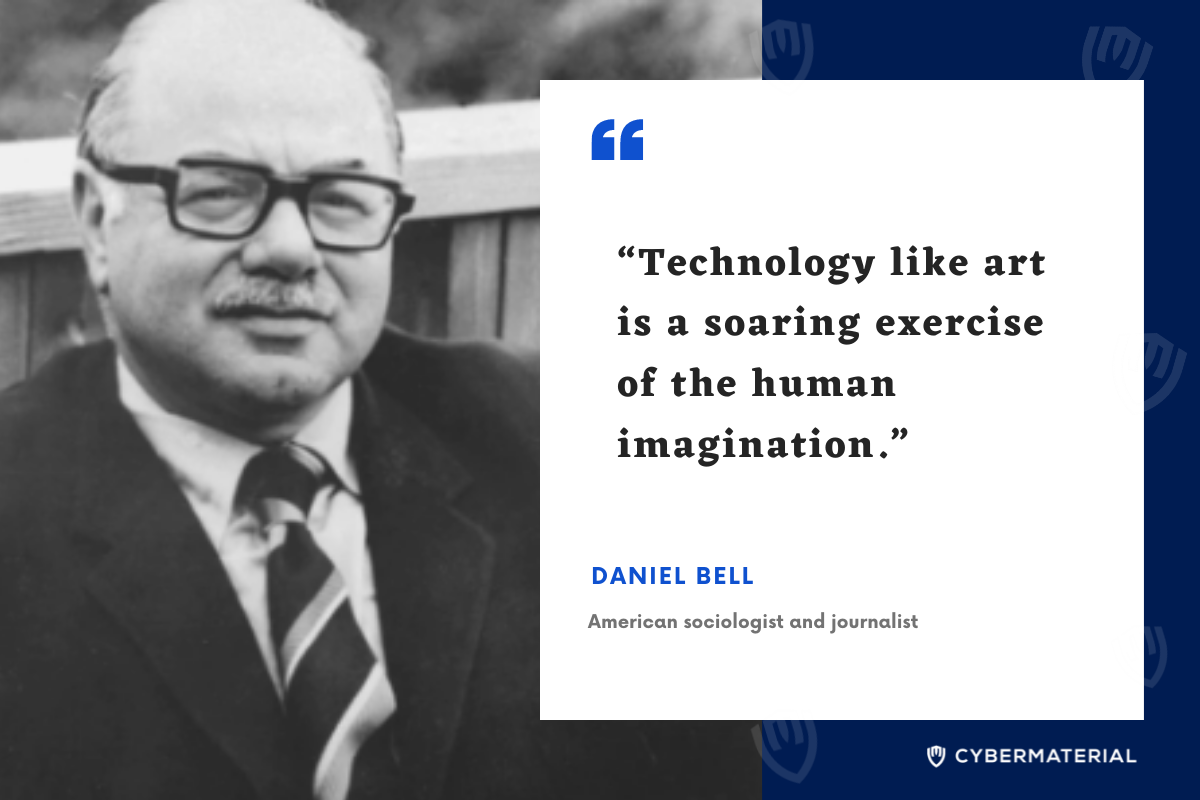 “Technology like art is a soaring exercise of the human imagination.” Daniel Bell – American sociologist and journalist

Bell was educated at City College of New York, where he received a B.S. (1939), and was employed as a journalist for more than 20 years. As managing editor of The New Leader (1941–44) and labour editor for Fortune (1948–58), he wrote voluminously on various social subjects. After serving in Paris (1956–57) as director of the seminar program of the Congress for Cultural Freedom, he received a doctorate at Columbia University (1960), where he was appointed professor of sociology (1959–69). In 1969 Bell became a professor of sociology at Harvard University, where he remained until 1990.

InSecurity Podcast: Women in Cybersecurity – Perspectives on the New Normal

Attackers Use Clipminer Cryptominer to Rake in $1.7M