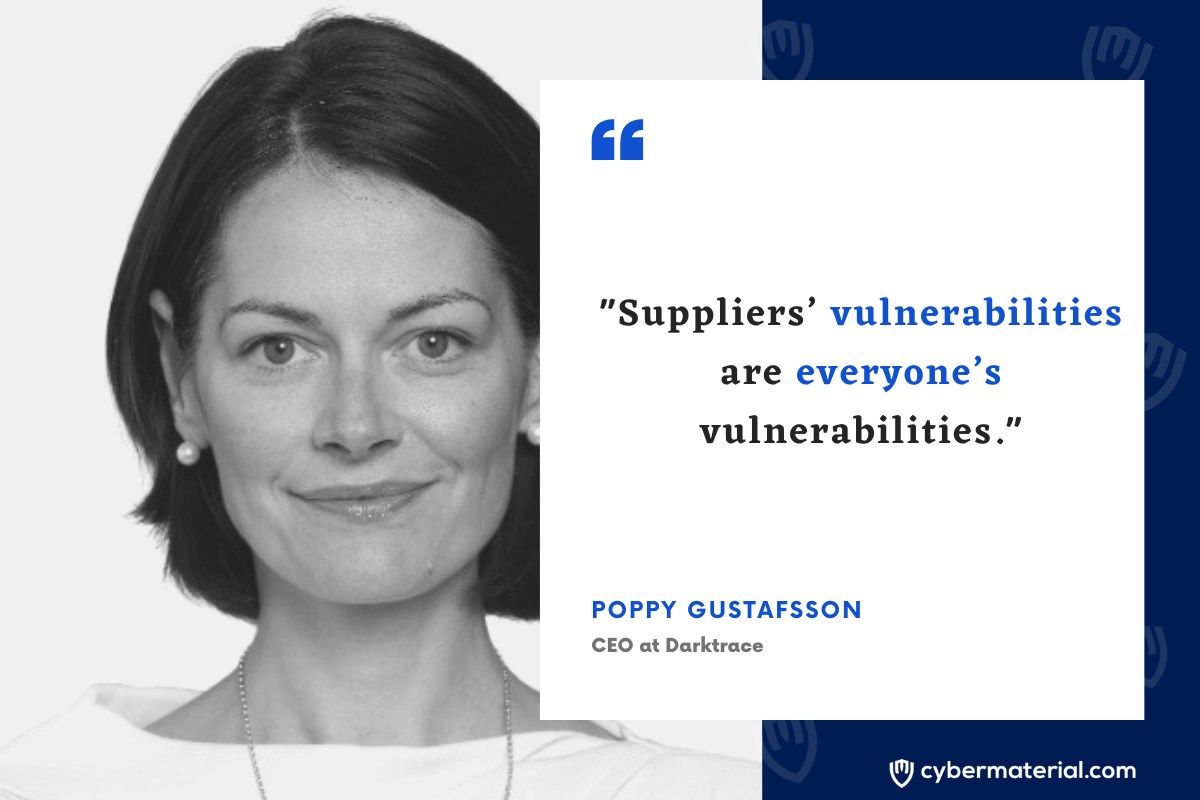 Poppy Gustafsson is the Chief Executive Officer of Darktrace plc. Under her leadership, the company has experienced significant growth and global expansion, and listed on the London Stock Exchange in 2021. She was named CEO of the Year at the 2021 Digital Masters Awards and Tech CEO of the Year at the UK Tech Awards 2021. Together with Darktrace CTO Jack Stockdale, Poppy was awarded an OBE for services to cyber security in 2019. She is a qualified chartered accountant and holds a BSc in Mathematics from the University of Sheffield, where she was also awarded an honorary degree in Doctor of Science in recognition of “outstanding achievements in the field of Cyber Security” in 2022.

“It used to be expensive to make things…”