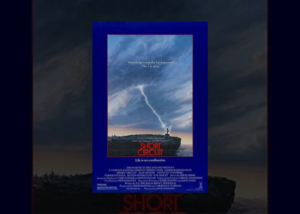 Short Circuit is a 1986 US comic science fiction film directed by John Badham and written by S. S. Wilson and Brent Maddock.

When one of an experimental range of military robots is hit by lightning, it is given consciousness. It escapes from the military and befriends a young woman, Stephanie Speck. Its creator, Newton Crosby, is desperate to find it, or his entire project may be scrapped.

Into the Cloud Movie: Season Two