“Ransomware is unique among cyber-crime…” 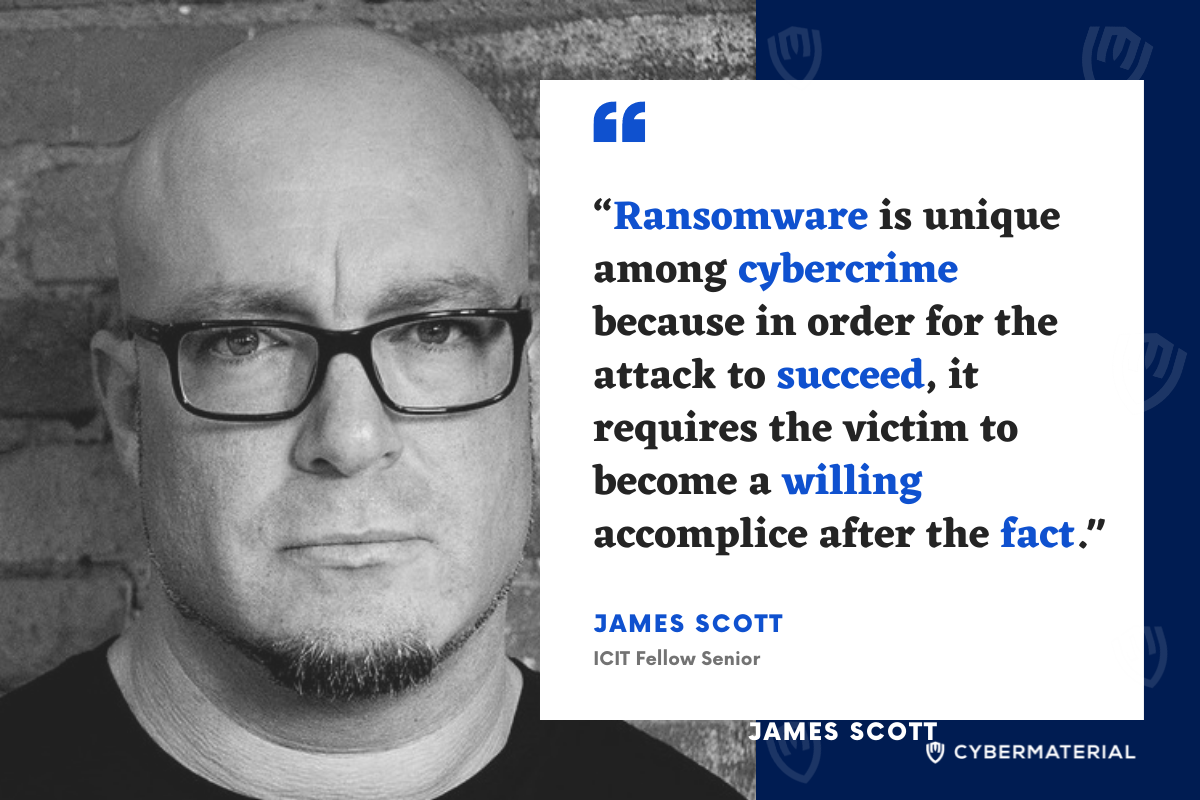 “Ransomware is unique among cyber-crime because in order for the attack to succeed, it requires the victim to become a willing accomplice after the fact.” James Scott

James Scott is a Senior Fellow and co-founder of the Institute for Critical Infrastructure Technology, Senior fellow at Center for Cyber Influence Operations Studies and the author of more than 40 books with 9 best sellers on the topic of health it, internet of things, energy sector cybersecurity, nation-state cyber espionage and more. He advises to more than 25 congressional offices and committees as well as several federal agencies on cyberwarfare and cybersecurity. Mr. Scott’s work gains regular coverage in domestic and international publications such as the LA Times, Wired, New York Times, Motherboard, Newsweek, Christian Science Monitor, Fox News, and PBS News Hour, and his work was referenced by media, academia, and industry more than 3000 times in 2016 alone.

Student attitudes, awareness, and perceptions of personal privacy and cybersecurity in the use of social media