Genomes and genetics surround us and dominate the world today. The usage of genomics helps engineer our medicine and food that we currently use on a daily basis. However, what exactly is genomics? How is it used and how does that it affect us? To understand genomes and genomics in depth, we must look at the codes that define DNA.

Look around you and observe – the food we eat, the trees we plant, and the flowers we pick. All of these are prime examples of how humans have altered genomes within them. Keep in mind that both genomes and genomics are two different cases. Genomes are the building blocks that make up an organism’s set of DNA and its genes. Each genome contains a different piece of information that helps build that organism. The information consists of the DNA that is inherited randomly from parent cells. These cells can be extracted and altered to one’s desire. That is why genetic engineering exists today. It is best to keep in mind that GMOs are a prime example of genome editing, which results in different genetics from normal, traditionally raised organisms. 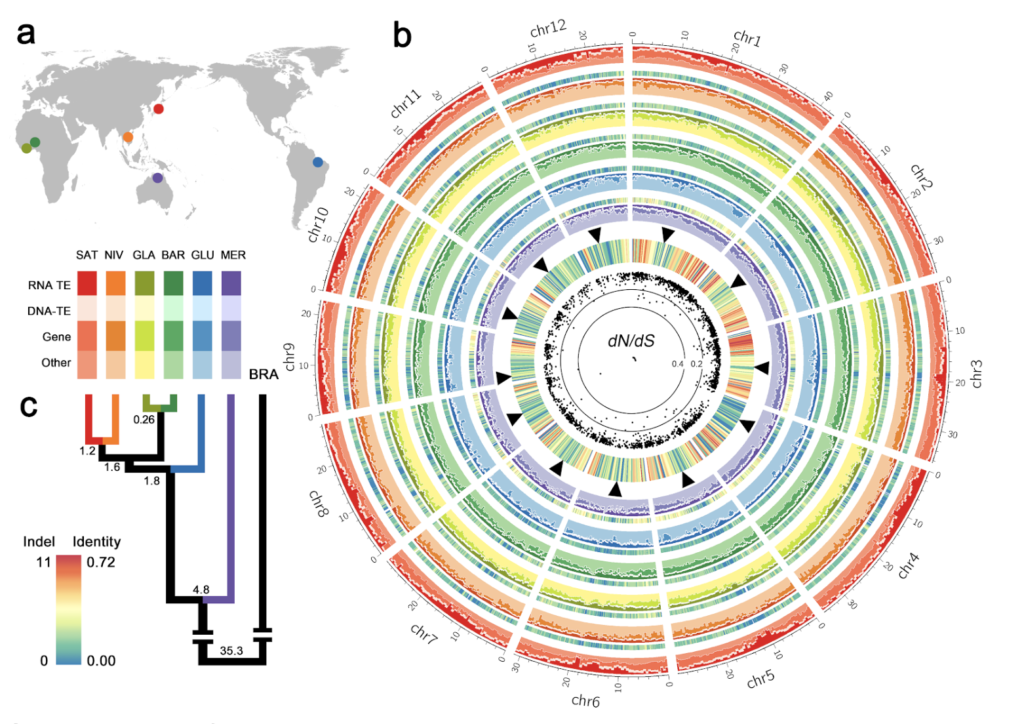 In order to understand genomes and DNA, we must look at the genetic code written inside each line of DNA. Using GMOs and organic food as an example, just how does DNA play a role in the food we consume? For starters, GMO does not mean the food is filled with life-threatening toxins. Food that are produced and labeled GMO does not mean you are unsafe with the food you eat. In fact, most GMO food are actually regulated and safely produced in order to ensure quality and maximize profits while minimizing the use of large amount of land coverage and minimize carbon emission. The only thing consumers would have to worry about is what kind of pesticides and chemicals are being dispensed onto/into the crops and/or produce. We must always remind ourselves that GMO doesn’t always mean bad and that organic doesn’t always mean good. Some people feel safer and satisfied with organic whereas others enjoy GMO food as cheaper alternatives.

Nutrition plays a key part in our life. It’s no surprise that exercise and nutritional intake are heavily stressed now. We can take a close look at nutrigenomics and how it affects us. Reflecting on history, there was a famine in the Netherlands back in 1944-1945. At the time, people were starving and food was scarce. Women who were pregnant during those times would eventually conceive children who were usually at risk of diseases such as diabetes, cardiovascular diseases, and obesity. This process is called epigenetics, where the genetic function changes without changing the DNA.

Genomics in nutrition is not much different from genomics that is studied everyday. This is called nutrigenomics, which is not only the study of the genomes and DNA, but also that of nutrition on gene expression, while combining the science of bioinformatics, nutrition, genomics, and epidemiology. It is easy to understand nutrigenomics by learning how food changes our genetics and diet. For example, people who grew up drinking milk from dairy cattle grew up to have a taste and liking for it. The singular gene, Phenylketonuria (PKU), is a mutation in which people must avoid food that contains the amino acid phenylalanine. Nutrigenomics, by looking into what and how we consume these products, will be the key to intervene and prevent future diseases that plague the human race.

Genomic medicine is an emerging medicinal discipline that uses genomic information about an individual for their clinical care. Medicinal genomics have made an impact in different fields of medicine. The number of diseases in the world make it hard to pinpoint what an individual is allowed to do, but with genomic medicine it is much easier to help identify health outcomes and health implications. Genetic testing and nucleic acid-based tests for microbial pathogens are examples of modern day medicinal genomic activity.

Medicinal genomics make heavy usage of DNA to determine diseases and health implications. Hereditary genes allow doctors and medical practitioner to investigate and to study genetic information that causes these diseases. An example would be the ebola virus, which is studied and investigated through DNA sequencing. Understanding drug-resistant strains of certain bacteria and viruses can make sequencing much easier in helping individuals in need of protection from attacks.

Advanced API Security: OAuth 2.0 and Beyond