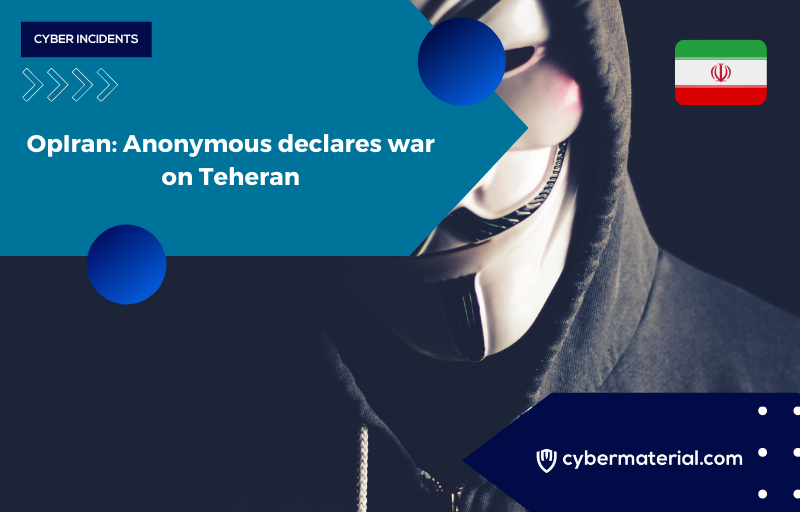 Anonymous launched OpIran against Iran due to the ongoing crackdown on dissent after Mahsa Amini’s death.

The protests began after the death of Mahsa Amini from Saqqez in Kurdistan province after her arrest by Iran’s morality police for allegedly wearing her hijab too loosely. The authorities claimed Amini died of natural causes after suffering heart failure while it was at the police station, but citizens don’t believe this is the truth and moved the protests to the streets (September 2022 Iranian protests).

Last week, network data from the Internet observatory NetBlocks detailed a near-total disruption to internet service in parts of Kurdistan in Iran from the evening of Monday 19 September 2022.

During the week, the experts also observed the partial disruption to internet service in Tehran and other parts of the country while the protests were fueling a heated discussion on Instagram and WhatsApp. Then the Iranian government shut down the mobile networks in the country.

Anonymous declared war on the Iranian government and launched its #OpIran campaign against the government websites, including the ones belonging to the Iranian Intelligence and police. The group calls for action to launch DDoS attacks on Iranian websites, steal their data and leak them online. Hacktivists also invite Iranian citizens to bypass state censorship by using the Tor browser.

”Standard online backup is no longer…”

“There’s not a built-in incentive for…”