“Online violence has subverted the original…” 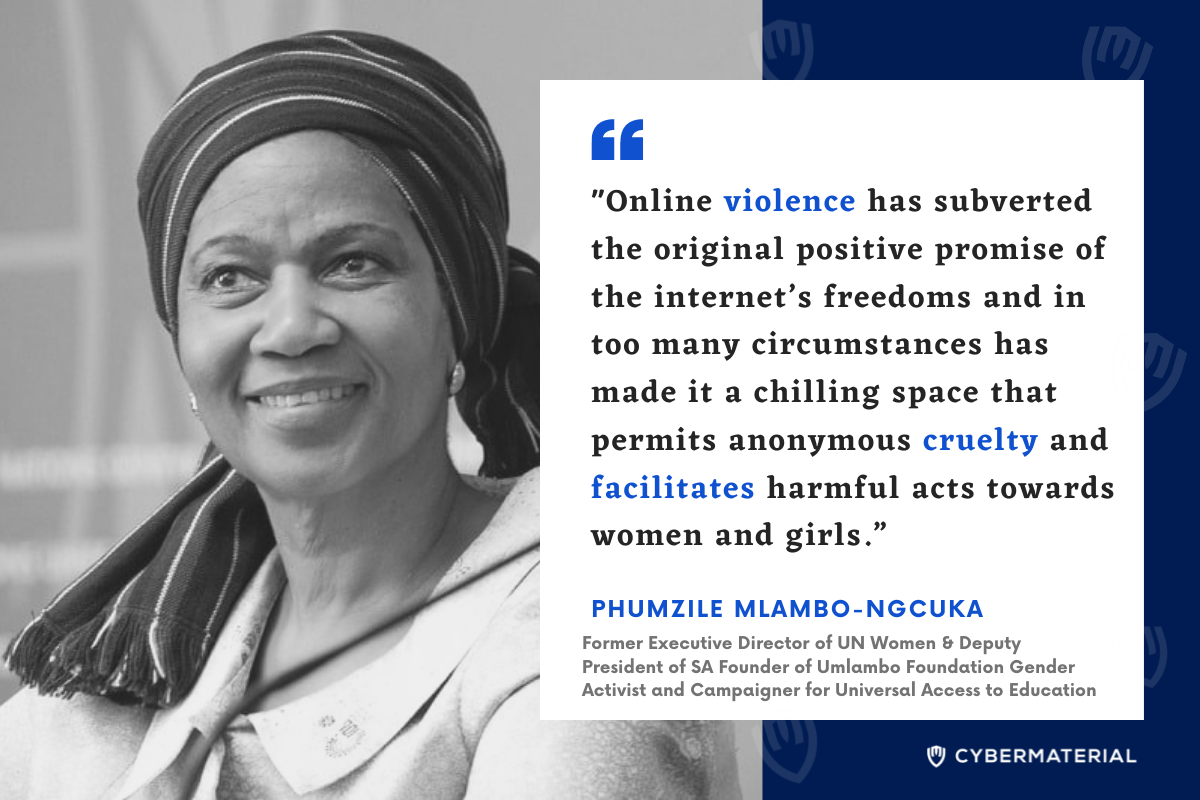 “Online violence has subverted the original positive promise of the internet’s freedoms and in too many circumstances has made it a chilling space that permits anonymous cruelty and facilitates harmful acts towards women and girls.” Phumzile Mlambo-Ngcuka – Former Executive Director of UN Women & Deputy President of SA Founder of Umlambo Foundation Gender Activist and Campaigner for Universal Access to Education

Phumzile Mlambo-Ngcuka completed her second and last term as United Nations Under-Secretary-General and Executive Director of UN Women on 17 August 2021, after eight years at the helm of the organization.

Ms. Mlambo-Ngcuka joined UN Women as Executive Director in 2013, when the Entity was just two years old. Under her leadership, UN Women significantly increased its influence within and outside the UN system, expanded its partnerships, achieved more focused impact at scale, and more than doubled in size and revenue.

Women’s voices on and offline have been raised in unprecedented scale and with impact on issues central to equality and empowerment, as have those of a broadened range of allies and advocates. In addition to her unwavering support for civil society and women’s organizations, Ms. Mlambo-Ngcuka brought in new advocates with emphasis on engaging youth, men and boys, traditional and cultural leaders, the private sector, philanthropies and the world of sport. She was also a strong supporter of a more coherent, accountable and coordinated UN system, working together to achieve gender equality.

The Internet of Everything