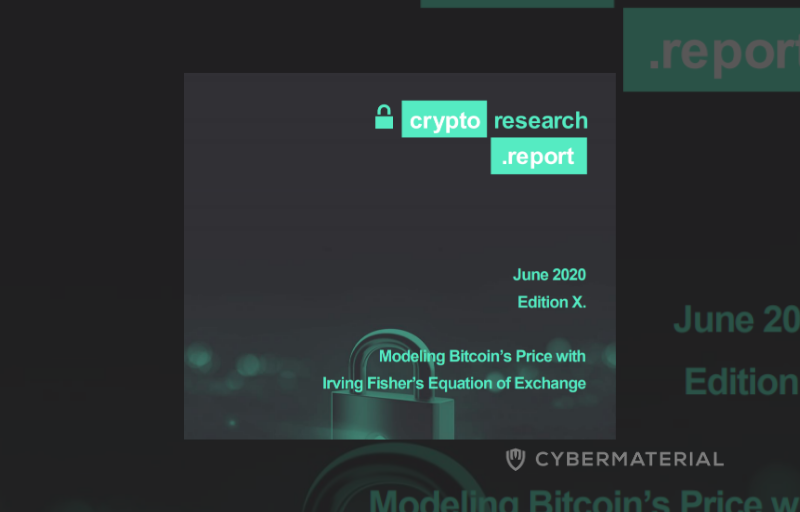 One of the most common ways to estimate the price of a cryptocurrency is with the “equation of exchange”. This model comes from the 20th century economist Irving Fisher. One of the main insights of this model is that the more often a currency changes hands, the less value the currency has. Money changes hands more frequently when people believe the money will lose value.

For example, if there is high inflation, people will hold on to the money for the shortest amount of time possible before tossing the hot potato to someone else. For the past few years, Bitcoin’s off-chain velocity has been increasing. But what does this mean? Vitalik Buterin famously applied this model to crypto assets in 2017 in order to argue that coins need velocity sinks that encourage hoarding. Partner of Multicoin Capital, Kyle Samani, wrote an article in agreement with Vitalk’s understanding of velocity. He wrote, “As I noted in Understanding Token Velocity, the V in the equation of exchange is a huge problem for basically all proprietary payment currencies. Proprietary payment currencies are, generally speaking, susceptible to the velocity problem, which will exert perpetual downwards price pressure. Due to this effect, I expect to see utility tokens that are just proprietary payment currencies exceed a velocity of 100. Velocities of 1,000 are even possible.” However, Scott Locklin, an engineer for Brave Attention Token explains in a recent paper that both Buterin and Samani are wrong. This article models Bitcoin’s price with the equation of exchange model and discusses why the relationship may not be as straight-forward as Buterin and Samani surmised.

Introduction to Threat Intelligence and Attribution

“It takes 20 years to build a reputation and few minutes of cyber-incident to ruin it.”

58% of victims had Personal data compromised