“Malware is not only about viruses…” 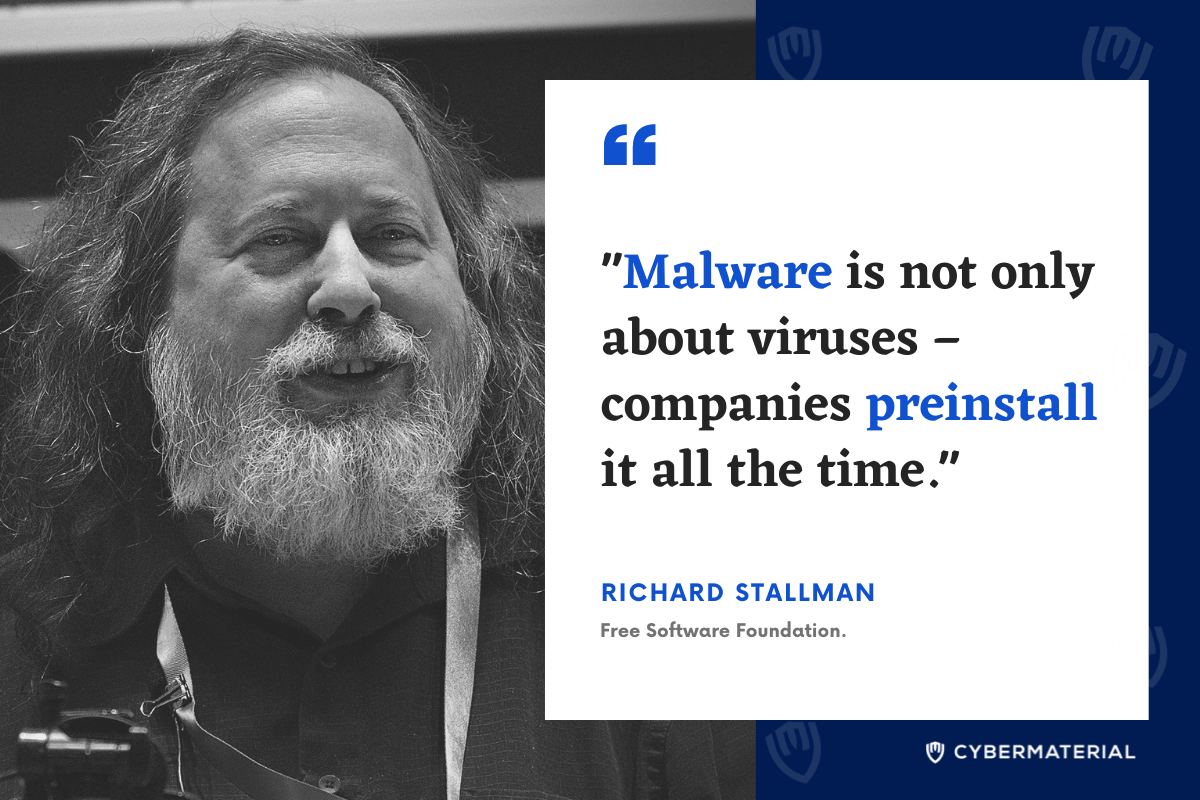 “Malware is not only about viruses – companies preinstall it all the time.” – Richard Stallman – Free Software Foundation.

Source: The Guardian – Malware is not only about viruses…

Richard Stallman, president of the Free Software Foundation, launched the development of a free/libre operating system called GNU, which is often erroneously referred to as Linux. Richard Matthew Stallman, also known by his initials, rms,] is an American free software movement activist and programmer. He campaigns for software to be distributed in a manner such that its users receive the freedoms to use, study, distribute, and modify that software. Software that ensures these freedoms is termed free software. Stallman launched the GNU Project, founded the Free Software Foundation, developed the GNU Compiler Collection and GNU Emacs, and wrote the GNU General Public License.