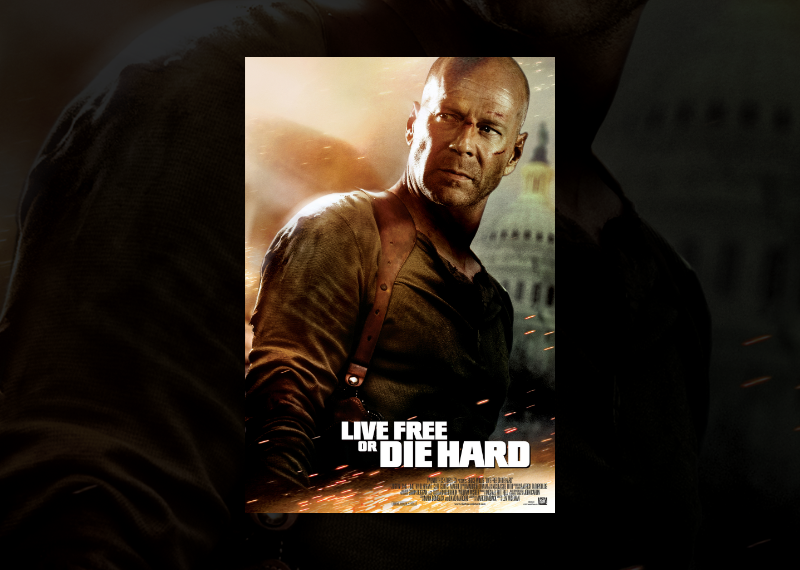 As the nation prepares to celebrate Independence Day, a disgruntled government security agent launches an attack on America’s computer infrastructure. Veteran cop John McClane (Bruce Willis) and a young hacker must help the F.B.I.’s cyber division take him down.

The FBI responds to a brief computer outage at its Cyber-Security Division by tracking down top computer hackers. The FBI asks New York City Police Department detective John McClane to bring in hacker Matthew Farrell (Justin Long). McClane arrives at Farrell’s residence just in time to save Farrell from assassins sent by Mai Linh, who works for Thomas Gabriel. On the way to Washington, D.C., Farrell tells McClane that he had written an algorithm for Linh that could crack a specific security system for white hat purposes. Meanwhile, Gabriel orders his crew of hackers (based in an 18-wheeler) to take control of transportation grids and the stock market, while also nationally broadcasting a message threatening the United States. Farrell recognizes this as the start of a “fire sale”, which is a cyber attack designed to disable the nation’s infrastructure.

McClane and Farrell are driven to FBI headquarters, but Linh poses as a dispatcher and reroutes the convoy into the path of an assault helicopter. McClane fends off the attackers and destroys the helicopter.