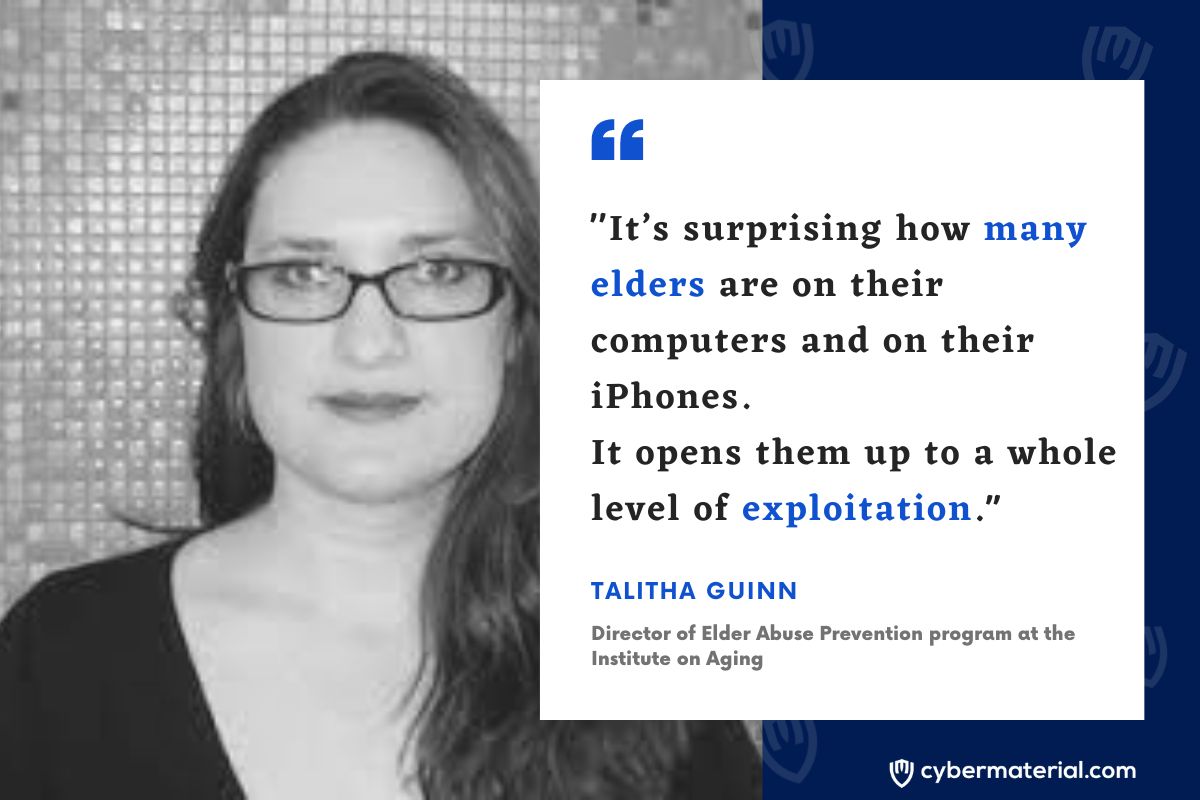 ”It’s surprising how many elders are on their computers and on their iPhones. It opens them up to a whole level of exploitation.” Talitha Guinn – Director of Elder Abuse Prevention program at the Institute on Aging

She has also participated in other MDT models such as serving on the San Francisco Elder Death Review Team and The Hoarding and Cluttering Taskforce.  She proudly served NCEA on elder abuse special projects as a consultant. She has collaborated with the NYC Elder Abuse Center supporting existing elder abuse case review MDTs and facilitating the expansion of the model.