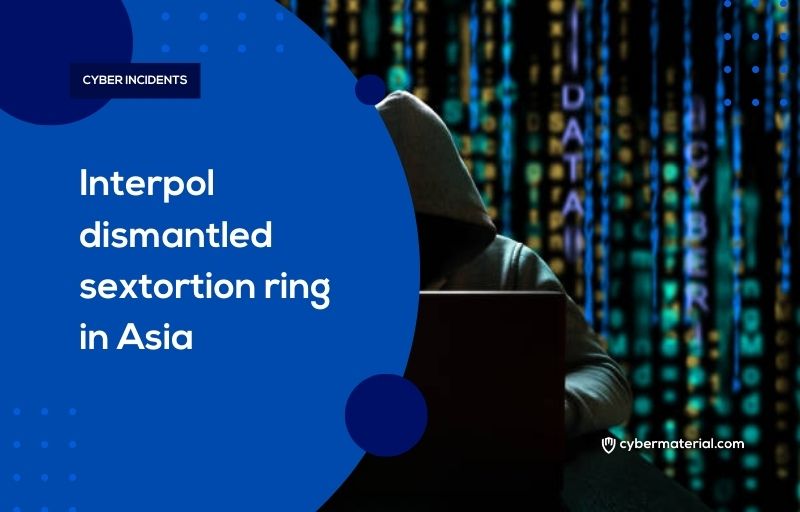 Interpol announced the arrest of 12 individuals suspected to be core members of a transnational sextortion ring. The arrests took place in July and August as a result of a joint investigation conducted by Interpol’s cybercrime division and police in Singapore and Hong Kong.

Sextortion is a criminal act and a form of sexual exploitation that involves coercing an individual, through threat or manipulation, into producing sexually explicit material and sending it over the Internet.

The suspects contacted potential victims via online sex and dating platforms, then trick them into downloading a malicious mobile app to engage in “naked chats.”

The crooks used the app to steal victims’ phone contact lists, then blackmail victims by threatening to share their nude videos with their relatives and friends.

Most of the victims of this sextortion ring are based in Hong Kong and Singapore. Interpol also warns of a sharp rise in sextortion reports in recent years, the increase has been exacerbated by the COVID-19 pandemic.

The agency highlights the risks of this crime, just one click on an unverified link or sending an intimate photo or video to someone can expose individuals to sextortion threat.