“In the event of a breach…” 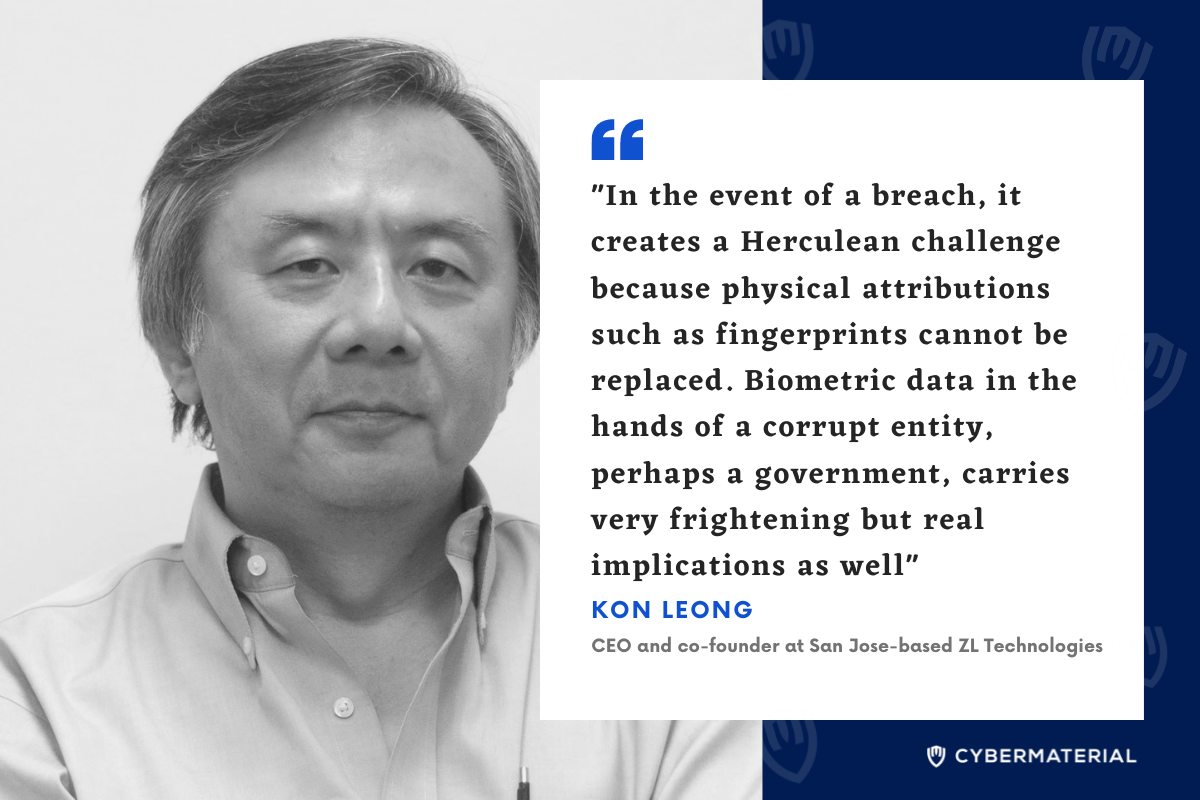 “In the event of a breach, it creates a Herculean challenge because physical attributions such as fingerprints cannot be replaced. Biometric data in the hands of a corrupt entity, perhaps a government, carries very frightening but real implications as well” Kon Leong – CEO and co-founder at San Jose-based ZL Technologies

Kon is responsible for managing all aspects of the business, including strategy, finance, sales and marketing. Earlier, Kon was co-founder and president of GigaLabs, a vendor of high speed networking switches.

Prior to that, Kon was First Vice President of Mergers and Acquisitions at Deutsche Bank. He was at the General Motors Treasurer’s Office in New York City, where he managed GM’s venture capital investments in high tech. He also spent eight years in various IT engineering and management positions at Burroughs, Philips and Union Bank.

Kon earned an MBA with Distinction from the Wharton School and received an undergraduate degree in Computer Science from Concordia (Loyola) University, after completing a year at the Indian Institute of Technology.

“In the event of a breach…”

“It’s not about compliance…”