“If a hacker can get into the clinical network…” 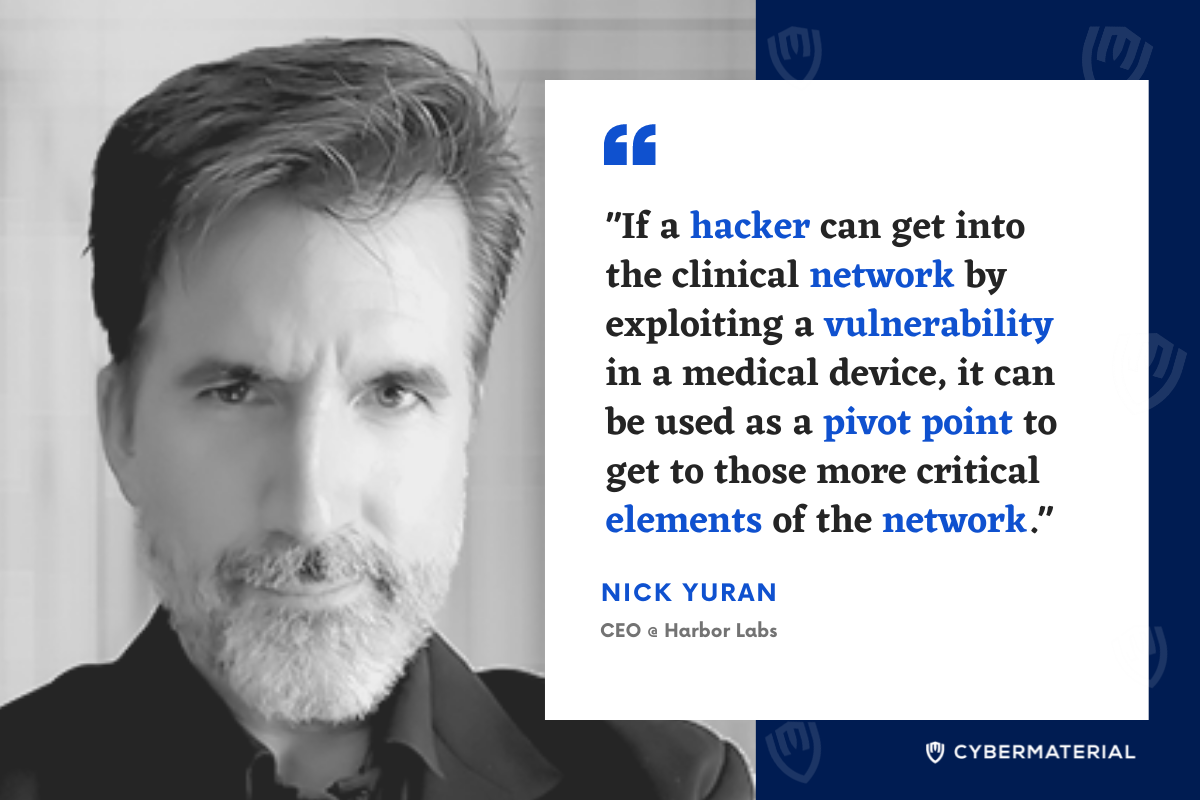 “If a hacker can get into the clinical network by exploiting a vulnerability in a medical device, it can be used as a pivot point to get to those more critical elements of the network.” – Nick Yuran – CEO @ Harbor Labs

Source: MedTechDive – If a hacker can get…

Nick served 11 years as an NSA analyst before entering private industry, and applies his experiences in national security policy to the cyber disciplines he manages at Harbor Labs. As a serial entrepreneur, Nick has led several companies to successful exits, including companies in the satellite, enterprise networking, and cybersecurity markets. His most recent exit was the merger of medical IoT cybersecurity technology company, and he remains a strong industry advocate for medical security regulatory policies. Nick holds a BA in Slavic Languages from the University of Arizona, and a MA in Telecommunications from George Washington University.

“Ransomware is more about manipulating…”

“Responders should not rush to kick…”

“Malware is not only about viruses…”

Flaw in Fortinet products is being exploited in the wild