How Tech Startups Have Been Doing?

Technology has been increasingly highlighted as where eyes of everyone in the market go to regardless of types of industry whenever new entrepreneurs bring something promising. Companies come and go with ideas which they hope will generate a huge chunk of revenues for the next few years and help them be the leaders of the market. Among countless branches of tech industry, three categories that have been lately gaining much attention with some startups and their deals would be mentioned: Blockchain & Cryptocurrency, Robotics, and AR/VR. 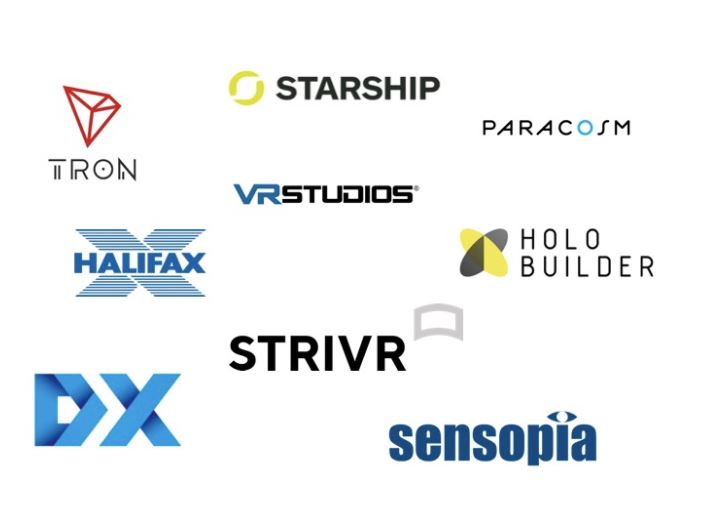 Blockchain has been a notable buzzword in the field of technology. Companies, whether tech giants or startups, are trying to take advantage of the blockchain and cryptocurrency business. Simply put, cryptocurrency, which is more associated with bitcoin to some people, is a digital coin that operates on a blockchain, a technology that underpins it. To put it context, the value of bitcoin has risen 500 percent since last July. Despite the recent boom in bitcoin and subsequent cost instability and regulations from various governments, cryptocurrency and blockchain have been gaining a significant amount of attention from entrepreneurs as well as directors at firms as a source of huge profit potentials.

Last week, a deal emerged as Justin Sun founded Tron by buying BitTorrent, one of the dominating powers in the blockchain market, for $140 million. Tron is a relatively new player who has developed its own cryptocurrency TRX, which is among a number of digital currencies out there, and the purpose of acquisition of BitTorrent is to utilize its existing users of up to 170 million and network to assist in the mining of coins. Another deal incorporates two blockchain startups’ involvement with FedEx Institute of Technology at the University of Memphis. They are Halifax, a Nova Scotia-based startup which develops blockchain for use in automotive manufacturing and healthcare, and dexFreight, a Miami-based startup who works to improve supply chain collaboration and shipping efficiency. And they signed memorandums and now look to grow their businesses and build a network of workforce at the university. If you would like to learn more about the blockchain technology and cryptocurrencies and need a simple and comprehensive source to get the information from, refer to here.

Robotics has been already at the stage of applications to enterprises in terms of routine operations and repetitive manufacturing, and now it’s actively expanding its domain of use to what we might have not considered. One example of applications is the field of self-driving robot delivery. Renowned figures, including Airbnb co-founder Nathan Blecharczyk and Skype founding engineer Jaan Talinn, have invested into a startup named Starship Technologies. This startup attracted these investors with its autonomous robots that can carry groceries or packages anywhere within the radius of two miles. With new funding, the area of coverage would be expanded to nearby neighborhoods, corporate, and university campuses in the United States and Europe with the new funding. It also has partnered with on-demand food delivery firms to test its robot delivery service. In addition, San Francisco is having its very first burger restaurant on June 27 where there are no human supervisors but instead robots performing every task ranging from slicing and toasting buns to grinding meat and searing the burgers. This movement by San Francisco will consequently draw more and more attention from other regions, especially where the minimum wage is relatively higher, as it reduces the cost of labor.

Virtual reality (VR) and augmented reality (AR) would be easily seen in gaming and entertainment, and they are consistently expanding the domains of usage to workplaces as well. VR and AR are introduced primarily as a means of presenting information visually, just differing in the ways of showing and delivering information. And now they are employed in marketing to better demonstrate products and showcase prototypes. Notable speakers from companies like Facebook and GlaxoSmithKline at VR World 2018 announced their top ten predictions on the future landscape of industry with VR and AR involved.

With such huge expectations on the effects that VR and AR will generate anytime in the future, tech companies, whether they are existing giants in the market or startups, have been actively participating in the market both competing and collaborating. Behemoths like Microsoft, Apple, and Facebook constantly have been investing towards R&D. Total venture capital investment in VR companies increased from $89 million in 2012 to almost $2.4 billion in 2017. Location-based entertainment companies are finding traction, providing access to room-scale VR experiences outside of homes. Seattle-based startup VRStudios has put its own 64 VRcade systems across 14 countries in places such as theme parks. In addition, California-based STRIVR has been successfully attracting customers in sports and retail industries with its business in VR training.

VR/AR’s application has increasingly expanded to construction. What VR/AR will be doing in the field includes allowing workers training as well as mapping and modeling to remote sites and implementing project planning. Such an adoption of AR/VR is highly anticipated to be a huge success, spurring the emergence of startups relating the technology to construction.

Despite such enthusiasm in the future of VR and AR, consumer adoption is an Achilles heel as the number of users who own equipment such as headsets is in fact relatively low compared to all the interest and investment going into the technology.

SaaS “Software as a Service.”