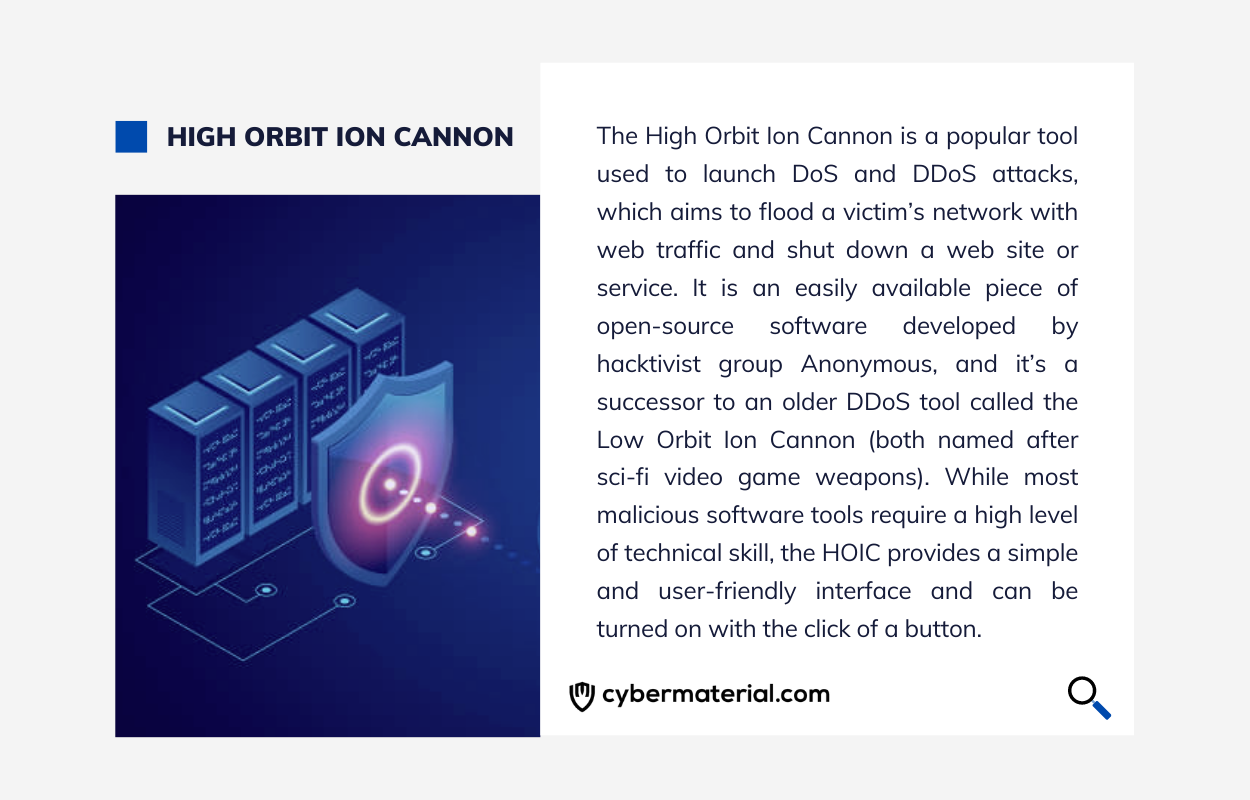 The High Orbit Ion Cannon is a popular tool used to launch DoS and DDoS attacks, which aims to flood a victim’s network with web traffic and shut down a web site or service. It is an easily available piece of open-source software developed by hacktivist group Anonymous, and it’s a successor to an older DDoS tool called the Low Orbit Ion Cannon (both named after sci-fi video game weapons). While most malicious software tools require a high level of technical skill, the HOIC provides a simple and user-friendly interface and can be turned on with the click of a button.

Details of over 200,000 students leaked in cyberattack