Heads and Tails of Blockchain: All or Nothing

State of Blockchain and Cryptocurrency

Imagine that you were hungry for some pizza. And the monetary value you would have paid for the pizza is now worth at least 100 million dollars. This is a fun fact to encounter if you ever were interested in bitcoin. Less than a decade ago, or not long enough for the value of an asset to unimaginably increase,  two boxes of pizza were purchased with 10,000 bitcoins. As the number indicates, the price of the digital money was little then, but it has skyrocketed ever since that transaction took place, with its peak at $19,783 per last December. This short but crazy enough history of bitcoin is just a small part of the blockchain. 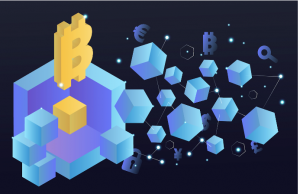 Blockchain is defined by Reuters simply as a database that is shared across a network of computers and what perhaps has the biggest influence on the field of current technology. The World Economic Forum has forecasted that 10 percent of the global GDP  will be stored on blockchain by 2027. According to Mckinsey, for the last two years alone, more than half a million new publications about the potential implications of blockchain have been issued, and 3.7 million Google searches were done on the blockchain. VC funding for blockchain start-ups grew up to $1 billion in 2017. But in fact, blockchain is said to be both promising and controversial due to its distinct strengths and weaknesses.

Among the factors that attribute to the gain in attention towards blockchain lies decentralization, the key that differentiates blockchain from other networks. It’s one of the biggest strengths that blockchain possesses and has brought benefits to the development of Internet applications. For example, Forbes mentions eSports, an increasingly popular hobby for millions of people, which had its platforms such as UNIKRN, Bountie, and Enjin for users to download gaming contents. This proved to be  a very inefficient process for the users. But blockchain plays a big role in decentralizing many aspects of eSports and making users’ experiences much more efficient and faster. It provides a system in which users can get data from multiple servers that effectively work together in pooling resources and bandwidth, essentially allocating and splitting download responsibility amongst themselves. Such distribution of content increases the speed of downloads as well as protection from DDoS attacks. 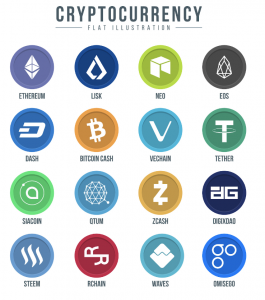 Cryptocurrency is the most well-known example of blockchain application. According to Mckinsey, it is the first yet most infamous application of blockchain. But as blockchain enables security within transactions involving cryptocurrencies, it started to be used for commercial uses, and rapidly expanded the domains of usages. Initial coin offering (ICO), the process through which a cryptocurrency can be created and issued that investors can buy, has helped companies attract many customers and gather initial funds easily. According to CNBC, companies raised $3.8 billion via ICOs in 2017 and $11.9 billion in 2018.

However, blockchain is still immature. McKinsey says that its market is still at the initial stage, no clear recipe for success has risen, and unstructured experimentation of blockchain solutions has led to companies reluctant to invest in the technology. McKinsey’s analysis suggests that blockchain doesn’t have to be a disintermediator to generate value. Its short-term value will be mainly in reducing cost, and it still has three to five years to go to reach its feasibility at scale.

Alex Mashinsky, CEO of Celsius Network, states that , to allow blockchain technology to accomplish its fullest potential, mass adoption of the technology by consumers is one of the critical factors. Mashinsky also mentioned cryptocurrency, saying that there is no practical way to earn interest on cryptocurrency without taking a risk. Also, there is only a handful of ways that cryptocurrency can be used without the process of converting it to a flat currency. Besides, probably the biggest threat or weakness that cryptocurrencies face is their huge volatility in the value. Bitcoin hit a new low for 2018 at $5,755 as of June 24th shortly after its peak priced at $19,783 last December. This led many affluent investors to leave the market of cryptocurrencies. Steve Wozniak, the co-founder of Apple, is one of them and sold all but one of his bitcoins due to his fear of Bitcoin’s crazy instability, saying a bubble is a way that he feels about blockchain.

In summary, blockchain is certainly a technology with potential to bring a huge impact to a lot of stakeholders. But its long-term feasibility and survival depend on market factors such as wide adoption by consumers and continuous experimentations by companies.

The Art of Intrusion: The Real Stories Behind the Exploits of Hackers, Intruders and Deceivers