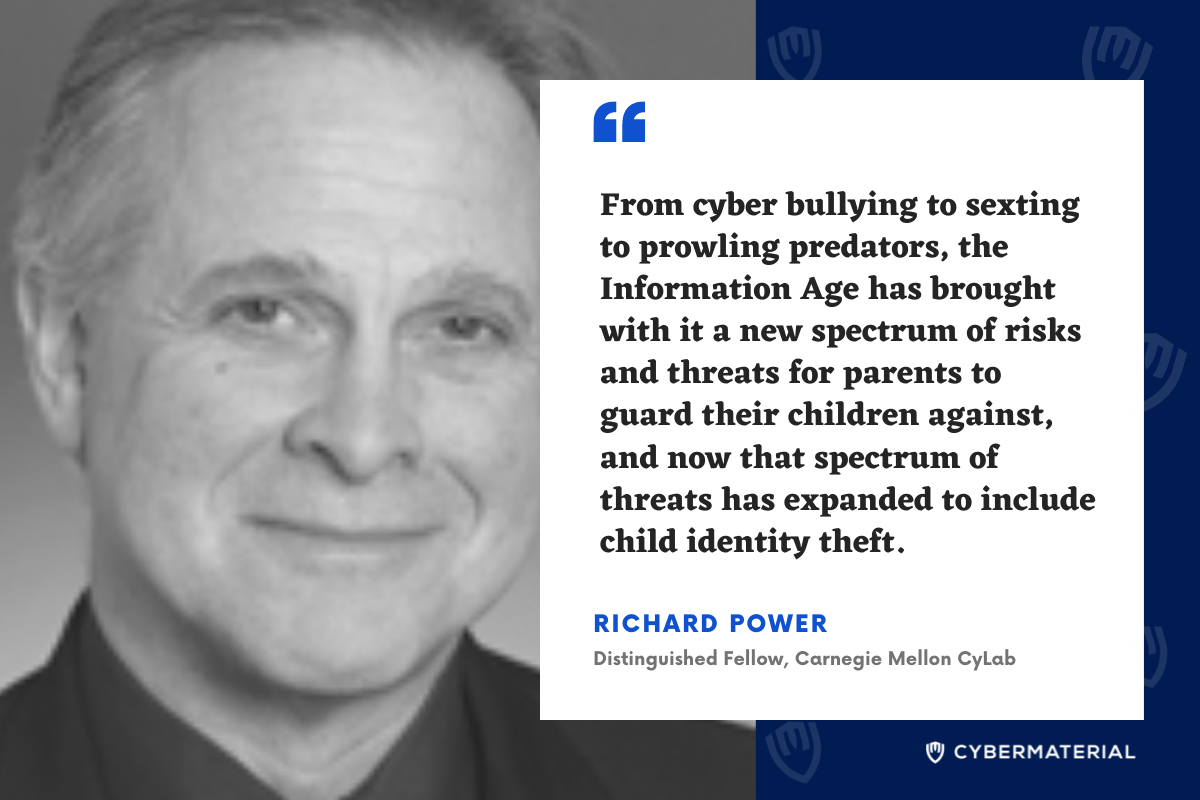 “From cyber bullying to sexting to prowling predators, the Information Age has brought with it a new spectrum of risks and threats for parents to guard their children against, and now that spectrum of threats has expanded to include child identity theft.”

Richard Power is a distinguished fellow at Carnegie Mellon University’s CyLab. An internationally recognized expert in security, intelligence and risk, Power has conducted executive briefings and led professional training in over thirty countries. He is the author of five books, including Secrets Stolen, Fortunes Lost: Preventing Economic Espionage & Intellectual Property Theft in the 21st Century (Elsevier 2008), which he co-authored with Christopher Burgess of Cisco Systems, and Tangled Web: Tales of Digital Crime from the Shadows of Cyberspace (Macmillan/Que 2000). Prior to joining Carnegie Mellon, Power served as Director of Security Management and Security Intelligence for the Global Security Office (GSO) of Deloitte Touche Tomatsu and Editorial Director of the Computer Security Institute. During his time at CSI, Power conceived and directed the “CSI/FBI Computer Crime and Security Survey.”