“For decades, businesses in highly…” 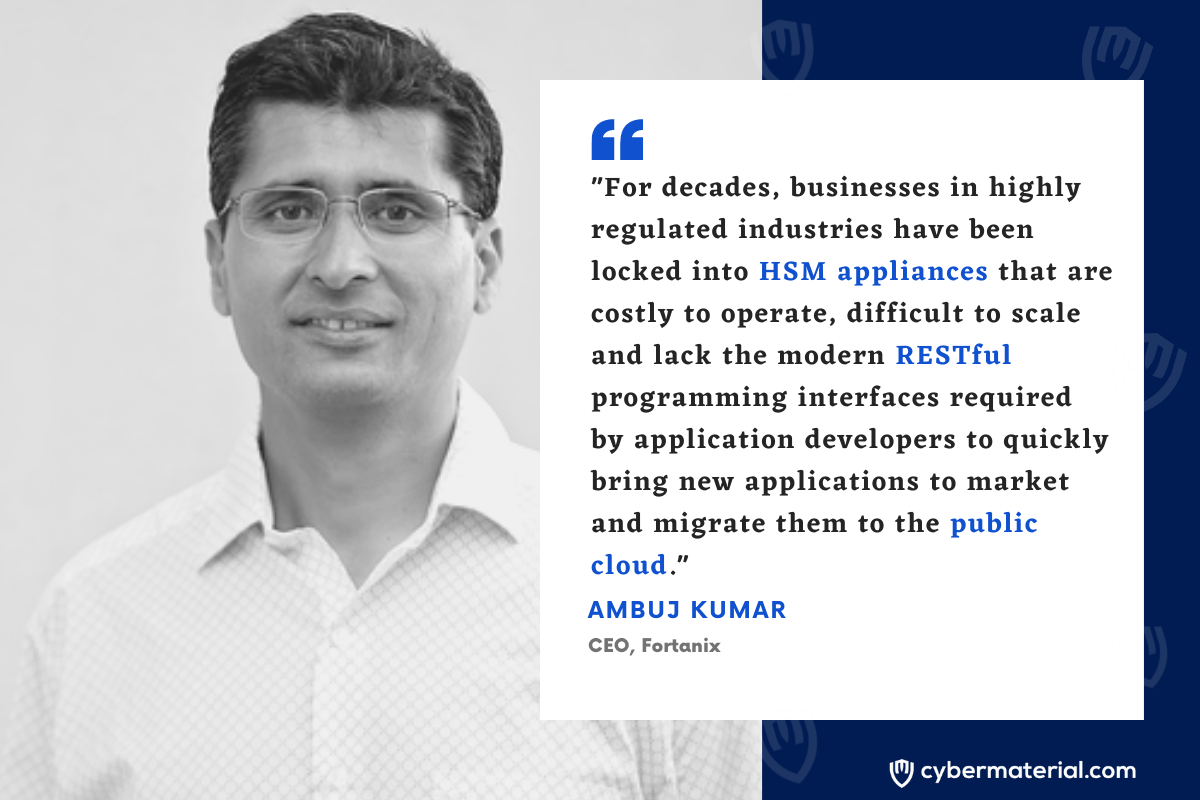 “For decades, businesses in highly regulated industries have been locked into HSM appliances that are costly to operate, difficult to scale and lack the modern RESTful programming interfaces required by application developers to quickly bring new applications to market and migrate them to the public cloud.” Ambuj Kumar – CEO, Fortanix

Ambuj Kumar is co-founder and CEO of Fortanix, Inc., the Runtime Encryption company, whose mission is to solve cloud security and privacy.

Ambuj is a recognized leader in cryptography with more than 30 patents in the field. Prior to founding Fortanix, Ambuj was lead architect at Cryptography Research Inc. where he led and developed many of the

company’s security technologies that go into millions of devices every year. Previously, he worked for NVIDIA where he designed world’s most advanced computer chips including world’s fastest memory controller.

Fortanix has established itself as a leader in Runtime Encryption with strategic partnerships with IBM and Equinix.

“Companies should test their existing….”

“Using a free version of an email service…”

Acer suffered the second security breach in a few months

“We find that younger people are…”