Lo and Behold: Reveries of the Connected World (2016) 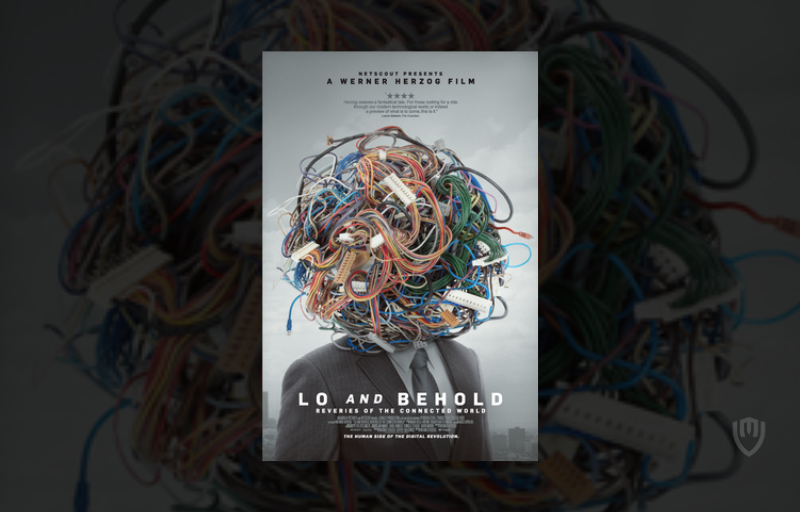 Lo and Behold, Reveries of the Connected World is a 2016 American documentary film directed by Werner Herzog. In it, Herzog ponders the existential impact of the Internet, robotics, artificial intelligence, the Internet of Things, and more on human life.

Herzog narrates over footage of the University of California at Los Angeles, “the birthplace of the Internet,” then comes to the first piece of Internet equipment ever to be installed. From here, the film explores the beneficial opportunities the Internet has afforded humans. Herzog interviews a family that has been harassed online after the death of their daughter. They express their grief. An institute where no electronic equipment is allowed within a 3-mile radius is examined and the society of people living in this area expresses their experience. Eventually, the film comes to a group of people that are afflicted with an electromagnetism sensitivity condition who begrudgingly have to live in this area. Then the film comes to Elon Musk and his quest to send humans to Mars. Artificial intelligence is touched upon and the film comes to focus on how robots could become replacements for human interaction in the future.

At the end of the film, Herzog poses the question to multiple interviewees, “Can the Internet dream of itself?”

“Voice ID is probably one of the least future-proof password…”

“There are a wide variety of ransomware types, but one thing is certain…”