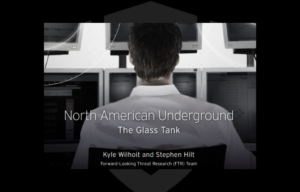 The cybercriminal underground in North America is open for business, and it has been so for quite a while. Unlike its counterparts in other countries or regions, the North American underground does not rely on limiting access for sustainability. It does not close its doors to novices. On the contrary, it encourages cybercriminal activity. Many of the North American underground sites are easy to access, as they are often found in the Surface Web. This convenience lures more and more people to its various forums and marketplaces. Anyone armed with the right search query can enter. Simply looking for cybercrime how-to guides (on how to use virtual private networks [VPNs] or The Onion Router [TOR], for instance) can actually lead to related forums.

The North American underground is fiercely competitive. Over the years, several vendors have taken to selling highly similar products, driving down market prices. These have been beneficial to cybercrime newbies on the lookout for the biggest bang for their limited buck. This open underground offers a wide array of illicit wares. Apart from the usual crimeware and data dumps, which we’ve seen in other markets, goods and services used to physical fraud and murder, for example, run rampant in North America. These offerings could very well be by-products of the blanket of anonymity that the market players think comes with using virtual currencies.

How Can We Use IoT and Digital Twins to Reduce Costs After the COVID-19 Lockdown?