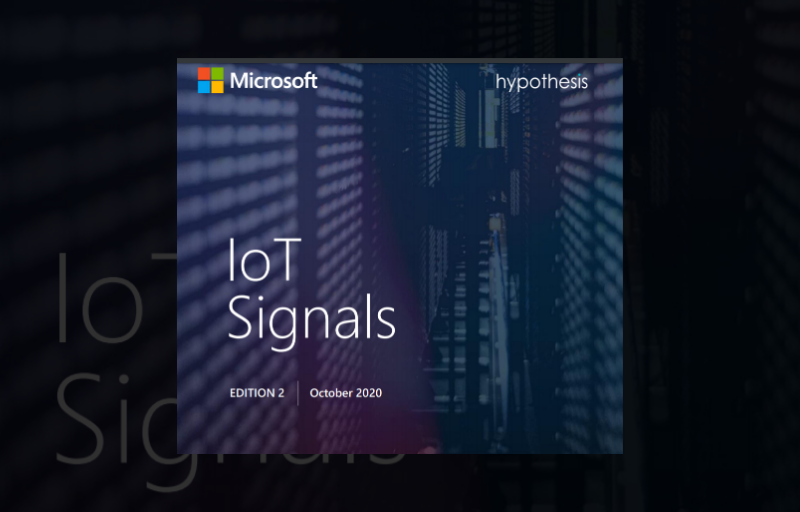 The Internet of Things (IoT) is transforming the way people live and work. Beyond just the smart devices you use every day, IoT is revolutionizing the way companies do business – allowing them to become faster, smarter, safer, and more efficient. Microsoft has been at the forefront of IoT, innovating and investing as IoT continues to gain traction worldwide. The IoT Signals series was created to give the industry a holistic view of the IoT ecosystem – providing insight into adoption rates as well as benefits and challenges. In 2019, Microsoft and Hypothesis embarked on an IoT Thought Leadership initiative and produced several more reports in the IoT Signals series. The goal of these reports is to better serve our partners and customers, as well as help business leaders develop their own IoT strategies, and to provide the most up to-date research on IoT use across countries and industries. Previous reports focused on two pieces of research – an initial round conducted in February 2019, which focused on IoT across industries, and a follow-up in October 2019 that took a deeper look into four key industries (energy, manufacturing, healthcare, and retail). The broad, impactful coverage and recognition of the prior IoT Signals waves has underscored the importance of updated research for 2020. This paper now builds off the success of the prior Signals paper, offering new learnings and insights around the current and future state of IoT