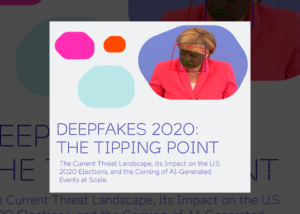 “There are but two powers in the world, the sword and the mind. In the long run the sword is always beaten by the mind.” – Napoleon Bonaparte. Psychological warfare has always been an effective asymmetric tool of warfare to deny the adversary or influence a target audience. In the last century, we saw how Adolf Hitler and Joseph Goebbels, Reich Minister of Propaganda, effectively used radio as the means of influencing their population towards a conflict that led to the Second World War.

In the 1960s, the Soviet Union understood that it could not compete equally with the U.S. and the West as its economy was smaller. To counter this, the Directorate D of KGB developed asymmetric information warfare measures comprising of ideological subversion and active measures programs to subvert the U.S. and the West. It is estimated by some accounts that the KGB allocated up to 85% of its resources to these programs with only 15% into the areas of intelligence and espionage. Until recently, Information Operations was a discipline of warfare conducted by human specialists crafting manipulative content for dissemination across a range of information channels. However, with the advancement of AI we are now at the tipping point of AI-generated information warfare campaigns that can be carried out at near zero-cost, hyper-personalized, and at scale. Deepfakes are the primary force behind this next generation of information operations through use of AI-generated synthetic video, audio, images, and text.

“Investment in cybersecurity can often…”

The IoT Hacker’s Handbook: A Practical Guide to Hacking the Internet of Things

Yonkers attacked by ransomware but refuses to pay ransom