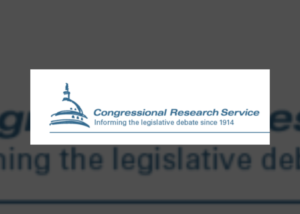 “Deep fakes”—a term that first emerged in 2017 to describe realistic photo, audio, video, and other forgeries generated with artificial intelligence (AI) technologies—could present a variety of national security challenges in the years to come. As these technologies continue to mature, they could hold significant implications for congressional oversight, U.S. defense authorizations and appropriations, and the regulation of social media platforms.

How Are Deep Fakes Created?

Though definitions vary, deep fakes are most commonly described as forgeries created using techniques in machine learning (ML)—a subfield of AI—especially generative adversarial networks (GANs). In the GAN process, two ML systems called neural networks are trained in competition with each other. The first network, or the generator, is tasked with creating counterfeit data—such as photos, audio recordings, or video footage—that replicate the properties of the original data set. The second network, or the discriminator, is tasked with identifying the counterfeit data. Based on the results of each iteration, the generator network adjusts to create increasingly realistic data. The networks continue to compete—often for thousands or millions of iterations—until the generator improves its performance such that the discriminator can no longer distinguish between real and counterfeit data.