CyberStory: The Hackers that Uploaded their Fingerprints To the Crime Scene 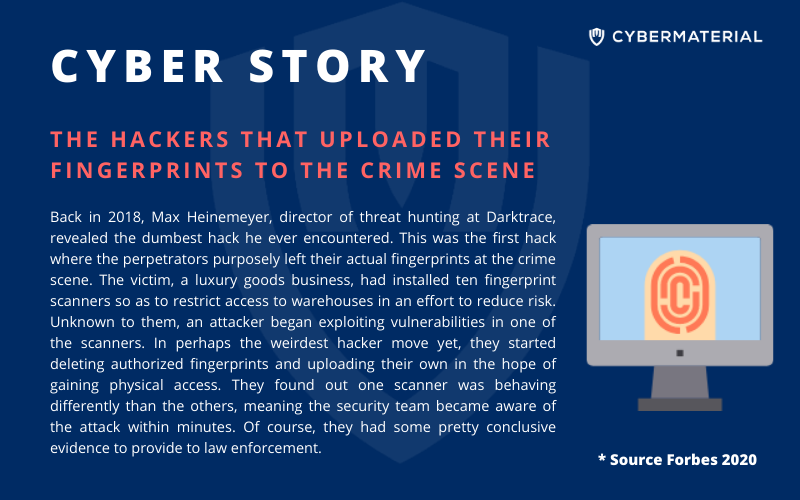 Back in 2018, Max Heinemeyer, director of threat hunting at Darktrace, revealed the dumbest hack he ever encountered. This was the first hack where the perpetrators purposely left their actual fingerprints at the crime scene. The victim, a luxury goods business, had installed ten fingerprint scanners so as to restrict access to warehouses in an effort to reduce risk. Unknown to them, an attacker began exploiting vulnerabilities in one of the scanners. In perhaps the weirdest hacker move yet, they started deleting authorized fingerprints and uploading their own in the hope of gaining physical access. They found out one scanner was behaving differently than the others, meaning the security team became aware of the attack within minutes. Of course, they had some pretty conclusive evidence to provide to law enforcement.

CyberStory: How One User “Hacked” Google Maps to Fake a Traffic Jam

“We discovered in our research that insider threats…”

“Privacy is not an option, and it shouldn’t be the price we accept for just getting on the Internet.”