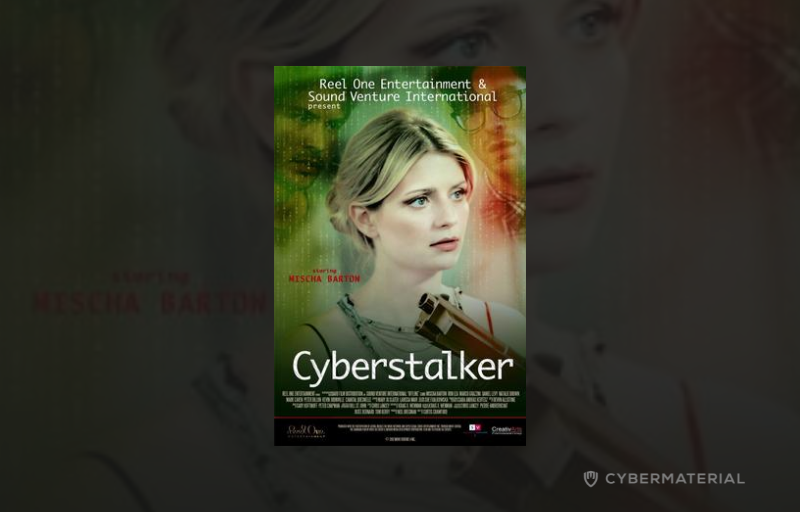 Cyberstalker (a.k.a. Offline) is a 2012 Lifetime television thriller directed by Curtis Crawford and starring Mischa Barton. Barton stars as a young artist living in seclusion since her parents were murdered by her stalker thirteen years earlier; her peace is suddenly disturbed by his reappearance.

Aiden Ashley’s family life had been torn apart thirteen years earlier, when an online stalker tracked her down to her home and in an avalanche of terror, and murdered both of her parents. Her stalker fled the crime scene without ever revealing his face to Aiden.

As a precaution, Aiden shuns the Internet for the next thirteen years, intending to stay off-line, attending therapy sessions and living in seclusion. She breaks this seclusion after her friend and art dealer, Winton Cornelis, convinces her to hold a public art gala, showcasing her own work. The gala marks a dramatic turn in her personal life, after she becomes romantically involved with a guest, Paul Rogers.

Suspicion turns to Aiden’s art dealer, with the discovery of suspicious financial transactions between his and Aiden’s bank accounts. Things do not also appear to be as good as they seem, as Aiden’s love interest, Paul’s troubled past is revealed. Furthermore, Detective Page’s involvement is curious, as he is the only one meticulously following a cold case after thirteen years. As time goes on, Aiden’s stalker becomes ever more desperate to be a part of her life, but Aiden is determined not to let this person blow her life apart once more. Jack Dayton is revealed to be the cyber-stalker and killer of Aiden’s parents, and the stalker is shot dead by Detective Page.

“Once you have broken in and compromised…”