“Cybersecurity as we know it will…” 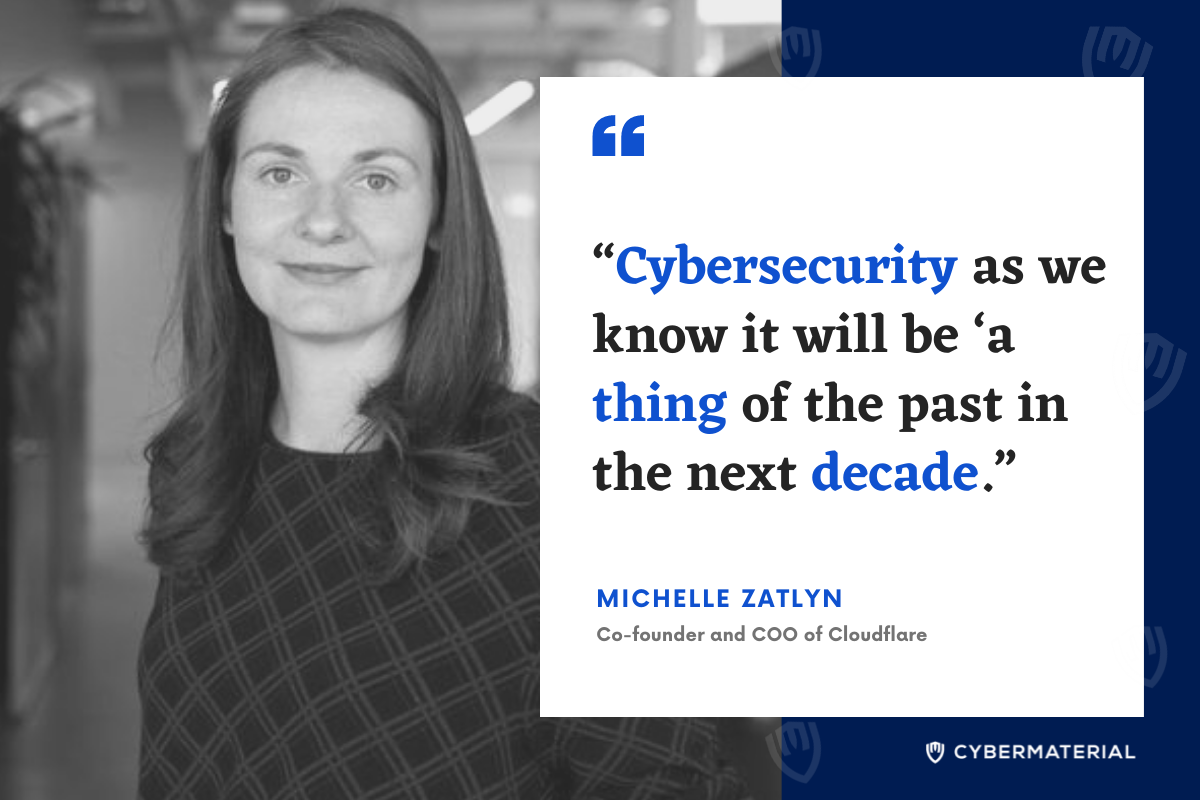 “Cybersecurity as we know it will be ‘a thing of the past in the next decade.” Michelle Zatlyn – Co-founder and COO of Cloudflare

Source: Business Insider – Cybersecurity as we know it

Michelle Zatlyn is COO and president of Cloudflare, the web infrastructure and security company she cofounded in 2009. Cloudflare went public in September 2019 and reached annual revenues of more than $400 million in 2020. The Canadian native met her cofounders Matthew Prince and Lee Holloway while attending Harvard Business School. Zatlyn was previously a Toshiba product manager, and a founding team member of Toronto employee rewards firm Achievers. She owns a 5% stake in Cloudflare.

Before co-founding Cloudflare, Michelle held positions at Google and Toshiba and launched two successful startups. She holds a BS degree, with distinction, from McGill University, and an MBA from Harvard Business School, where she was awarded the Dubliner Prize for Entrepreneurship.

Michelle has been named a Young Global Leader by the World Economic Forum, one of the Top 15 Women to Watch in Tech by Inc. magazine, and a 40 Under 40 leader by San Francisco Business Times. She was also featured as one of the Women Who Rule Silicon Valley in an issue of ELLE magazine.

“It doesn’t take much for hackers to piece…”

“It’s not possible to use the internet…”

“People often overlook the impact of…”

“If information is posted online, it’s…”