“Cybercrime is the greatest threat to…” 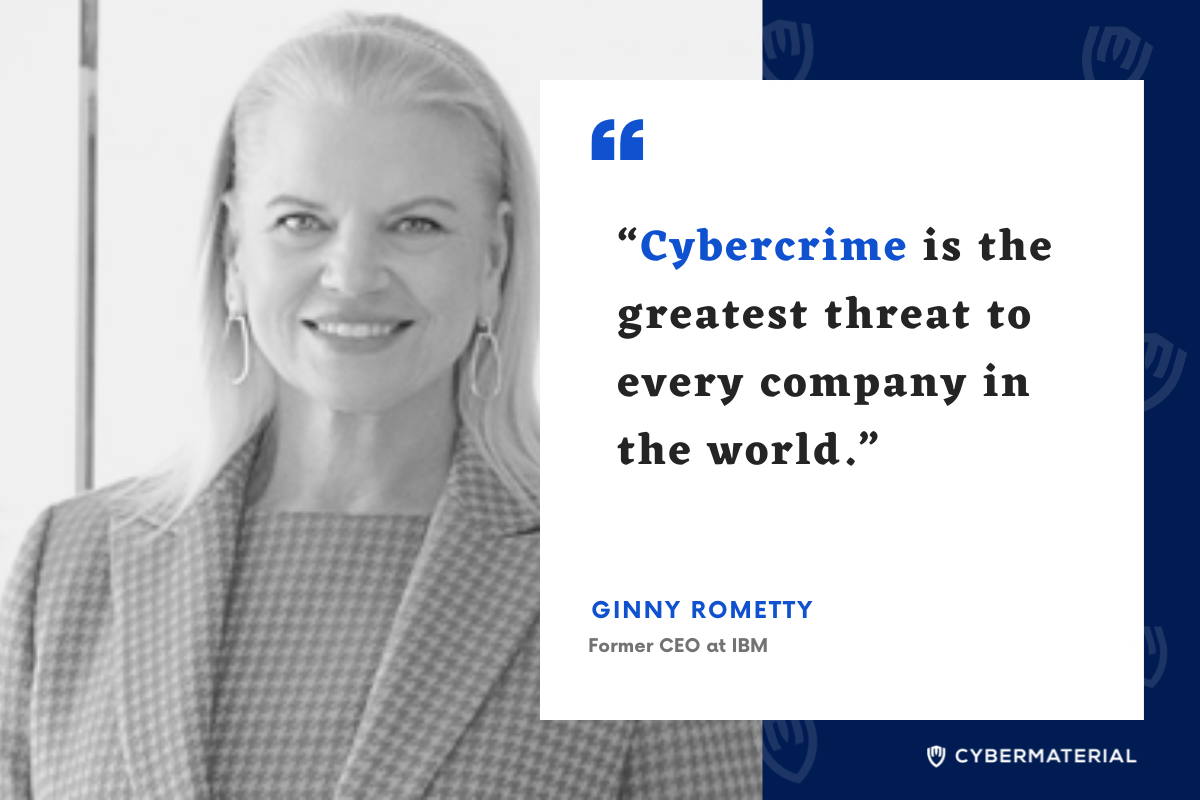 “Cybercrime is the greatest threat to every company in the world.”  Ginni Rometty – Former Chairman, President and Chief Executive Officer of IBM

Ginni became CEO of IBM in 2012 and retired form the company on December 31, 2020. During her tenure she made bold changes to reposition IBM for the future, investing in high value segments of the IT market and optimizing the company’s portfolio.

Under Ginni’s leadership, IBM built out key capabilities in hybrid cloud, security, quantum computing, industry expertise, and data and AI, both organically and through acquisition. IBM acquired 65 companies during Ginni’s tenure as CEO, including Red Hat, the largest acquisition in the company’s history.

She reinvented more than 50 percent of IBM’s portfolio, built a $21 billion hybrid cloud business and established IBM’s leadership in AI, quantum computing and blockchain, while divesting nearly $10 billion in annual revenue to focus the portfolio on IBM’s high-value, integrated offerings.

Game Theory for Cyber Deception: From Theory to Applications