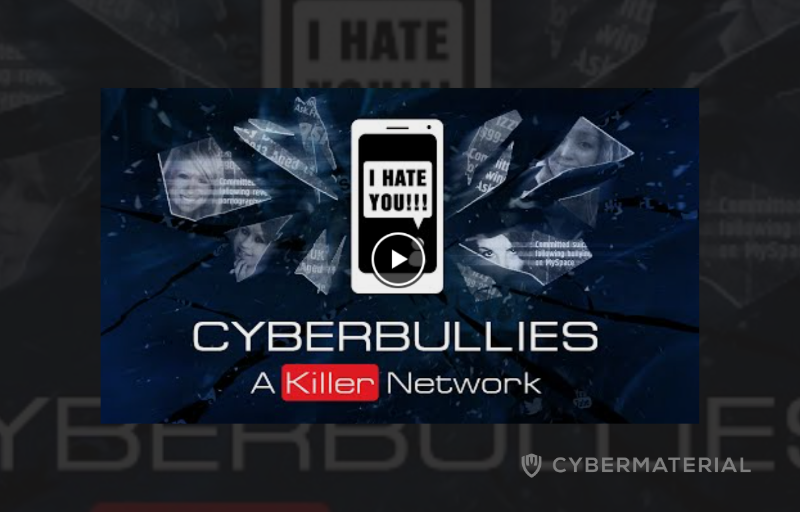 Cyberbullies: A Killer Network: Social media sites such as Facebook, Twitter and Instagram make it possible for us to feel more globally connected than ever before. But for some, these platforms also represent a vicious breeding ground for the modern bully. Online taunts and shaming practices have resulted in an unprecedented number of youth suicides. The documentary short titled Cyberbullies: A Killer Network seeks to unmask this oftentimes anonymous menace, and suggests methods by which we can help to curb this disturbing epidemic.

Many adults recall the feelings of discomfort and shame they may have felt when they were bullied as school children. However, online technologies have allowed the severity of these bullying tactics to spread and intensify to an oftentimes unbearable degree. The distress caused by one on one interactions in the school yard are tame in comparison to the capabilities of today’s cyberbully. With a single click of the mouse, these emotional terrorists can insult or humiliate their victim in a public forum accessible to untold billions.

Such was the case for Toni Connell, a beautiful 15-year old girl who hung herself in her bedroom following many months of being the target of hurtful online rumor mongering. Interviewed during the opening of the film, Toni’s parents attempt to grapple with the lessons that can be learned in the aftermath of their daughter’s suicide.

While the methods of abuse may be new to this current generation, the signs of victimization are much the same as they’ve always been. When people learn to recognize and act upon those signs, tragedies such as those suffered by Toni and her family may be avoided. The film calls upon parents to be more cognizant of their child’s online activities, and to respond openly and compassionately to any profound variations they may observe in their mood or demeanor. Meanwhile, school administrators often stand on the front-line of this epidemic, and are in a unique position to suffocate these activities before they’re allowed to fester out of control.

It is in these and other lessons that the subject matter of Cyberbullies: A Killer Network proves most urgent and informative.

Parenting in the Digital World

“Creating back doors to hack in…”