“Cyber-stalking is a repeated course of…” 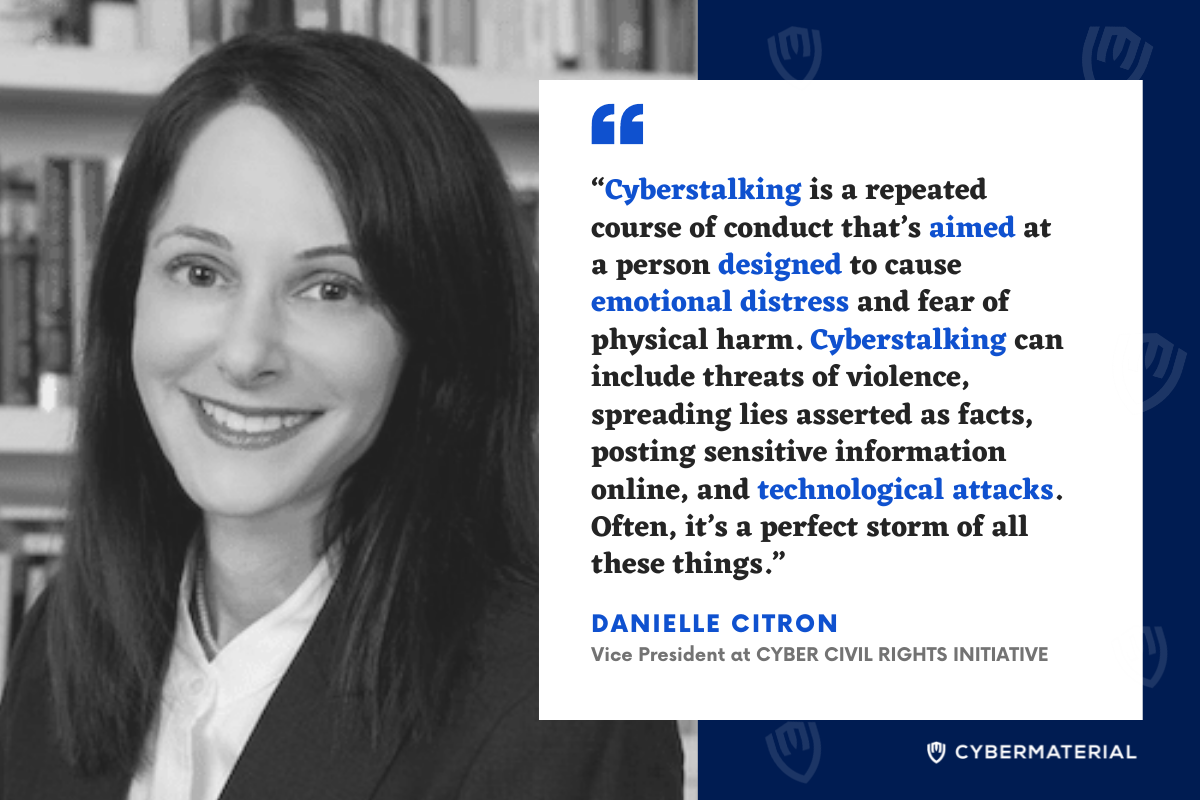 “Cyber-stalking is a repeated course of conduct that’s aimed at a person designed to cause emotional distress and fear of physical harm. Cyber-stalking can include threats of violence, spreading lies asserted as facts, posting sensitive information online, and technological attacks. Often, it’s a perfect storm of all these things.” Danielle Citron – Vice President at CYBER CIVIL RIGHTS INITIATIVE

Danielle Citron is the Jefferson Scholars Foundation Schenck Distinguished Professor in Law, Caddell and Chapman Professor of Law at UVA, where she writes and teaches about privacy, free expression and civil rights. Her scholarship and advocacy have been recognized nationally and internationally. In 2019, Citron was named a MacArthur Fellow based on her work on cyberstalking and intimate privacy.

For the past decade, Citron has worked with lawmakers, law enforcement and tech companies to combat online abuse and to protect intimate privacy. In June 2019, she testified before Congress about the national security and privacy risks of deepfakes and have been working with Hill staff on a bill to criminalize digital impersonation. She has been involved in reform efforts around the regulation of online platforms.

Citron is the vice president of the Cyber Civil Rights Initiative, a nonprofit devoted to fighting for civil rights and liberties in the digital age founded in 2013 and named after her article “Cyber Civil Rights.” She is the Chair of the board of directors of the Electronic Privacy Information Center and serves on the board of directors of the Future of Privacy, as well as on the Advisory Board of the Anti-Defamation League’s Center on Technology and Society and the Center on Investigative Journalism.

A Traveler’s Guide to Cyber Security

The Hacker and the State: Cyber Attacks and the New Normal of Geopolitics