Cryptocurrency: The Economics of Money and Selected Policy Issues 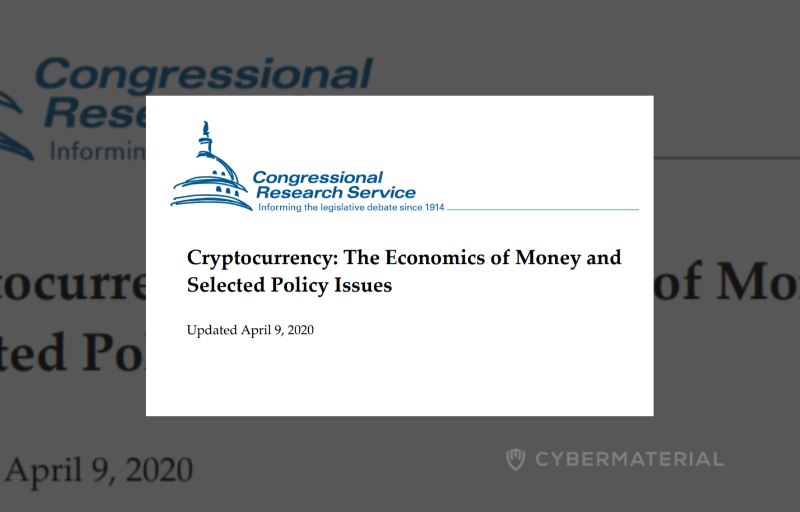 Cryptocurrencies are digital money in electronic payment systems that generally do not require government backing or the involvement of an intermediary, such as a bank. Instead, users of the system validate payments using certain protocols. Since the 2008 invention of the first cryptocurrency, Bitcoin, cryptocurrencies have proliferated. In recent years, they experienced a rapid increase and subsequent decrease in value. One estimate found that, as of March 2020, there were more than 5,100 different cryptocurrencies worth about $231 billion. Given this rapid growth and volatility, cryptocurrencies have drawn the attention of the public and policymakers. A particularly notable feature of cryptocurrencies is their potential to act as an alternative form of money. Historically, money has either had intrinsic value or derived value from government decree. Using money electronically generally has involved using the private ledgers and systems of at least one trusted intermediary. Cryptocurrencies, by contrast, generally employ user agreement, a network of users, and cryptographic protocols to achieve valid transfers of value. Cryptocurrency users typically use a pseudonymous address to identify each other and a passcode or private key to make changes to a public ledger in order to transfer value between accounts. Other computers in the network validate these transfers. Through this use of blockchain technology, cryptocurrency systems protect their public ledgers of accounts against manipulation, so that users can only send cryptocurrency to which they have access, thus allowing users to make valid transfers without a centralized, trusted intermediary. Money serves three interrelated economic functions: it is a medium of exchange, a unit of account, and a store of value. How well cryptocurrencies can serve those functions relative to existing money and payment systems likely will play a large part in determining cryptocurrencies’ future value and importance. Proponents of the technology argue cryptocurrency can effectively serve those functions and will be widely adopted. They contend that a decentralized system using cryptocurrencies ultimately will be more efficient and secure than existing monetary and payment systems. Skeptics doubt that cryptocurrencies can effectively act as money and achieve widespread use. They note various obstacles to extensive adoption of cryptocurrencies, including economic (e.g., existing trust in traditional systems and volatile cryptocurrency value), technological (e.g., scalability), and usability obstacles (e.g., access to equipment necessary to participate). In addition, skeptics assert that cryptocurrencies are currently overvalued and under-regulated.

“Security is at the core of 5G technology roll-out. EU-wide certification…”

On quantum physics and computer simulation