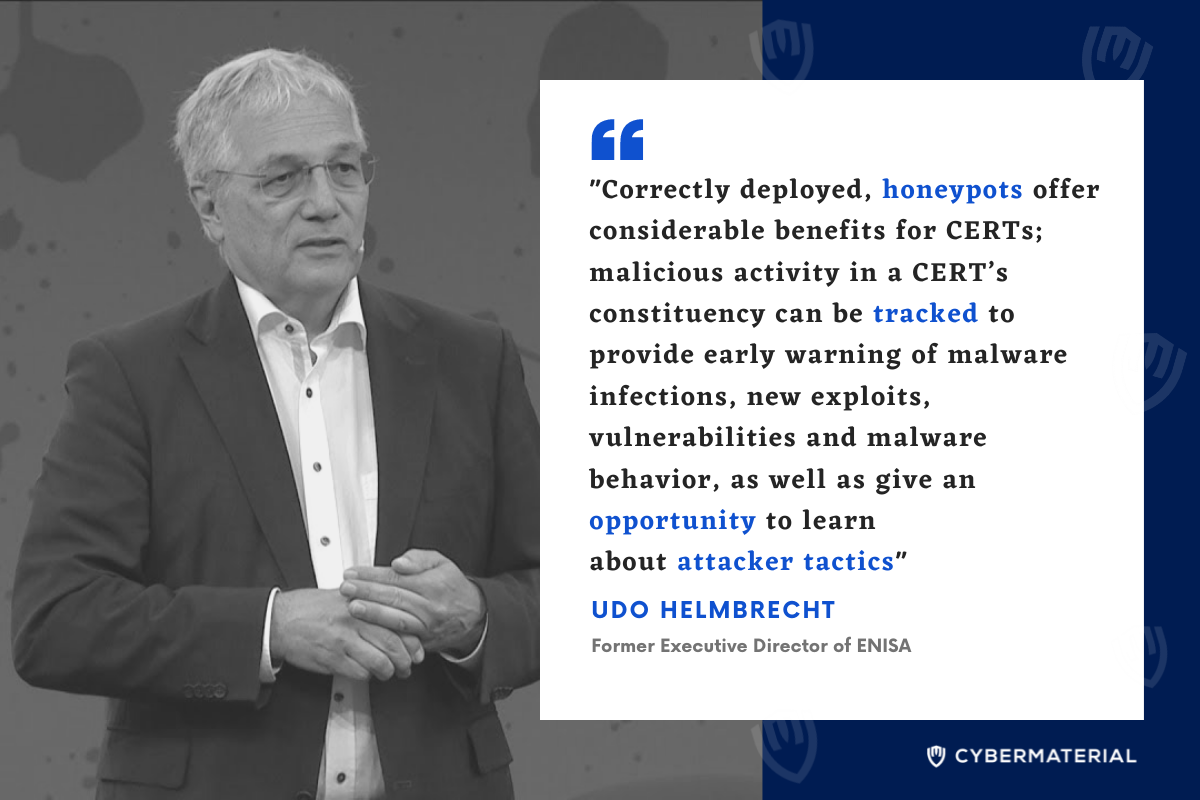 “Correctly deployed, honeypots offer considerable benefits for CERTs; malicious activity in a CERT’s constituency can be tracked to provide early warning of malware infections, new exploits, vulnerabilities and malware behavior, as well as give an opportunity to learn about attacker tactics” Udo Helmbrecht – Former Executive Director of ENISA

Prof. Dr. Udo Helmbrecht has more than 30 years of professional management experience in the IT sector.

Udo Helmbrecht was born in 1955, in Castrop-Rauxel, North Rhine Westphalia, Germany.
He studied Physics, Mathematics and Computer Science at Ruhr-University, Bochum, and in 1984 he was awarded a PhD in Theoretical Physics. In 2010 Udo Helmbrecht was appointed honorary professor at the Universität der Bundeswehr Munich, Germany.

His experience in the field of security has been acquired through work in a variety of areas, including the energy industry, insurance, engineering, aviation, defense, and the space industry.

He became the president of the German Federal Office for Information Security (BSI) in 2003.

The No More Ransom Project