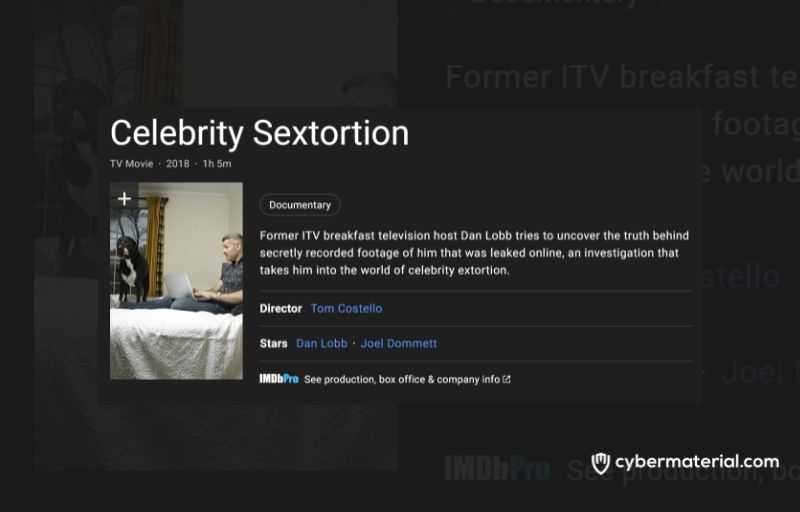 The video had been taken from a Skype session he had had years earlier with a female Twitter follower of his that he had been flirting with online. That twitter follower, ‘Blonde_Staci’ looked real enough to Lobb but actually never existed, she is a concept made up of stolen online photos and prerecorded videos.

Here Lobb sets out to discover the truth behind that video, an investigation that leads him into the world of internet sextortion and celebrity sex-tape collectors.

Lobb soon discovered that he wasn’t the only victim of sextortion, dozens of other British celebrities including comedian Joel Dommett, boxer Amir Khan and Lee Ryan of boy-band Blue had had similarly compromising videos made public.

Instances of this type of online blackmail have increased dramatically in recent years and it is difficult for the police to track down the people behind an avatar, can Dan’s investigation lead him to the people behind his leaked tape?

“The enemy knows the system.”

Childen and parents: media use and attitudes report

“Many IoT devices come with the username “admin” and a common…”