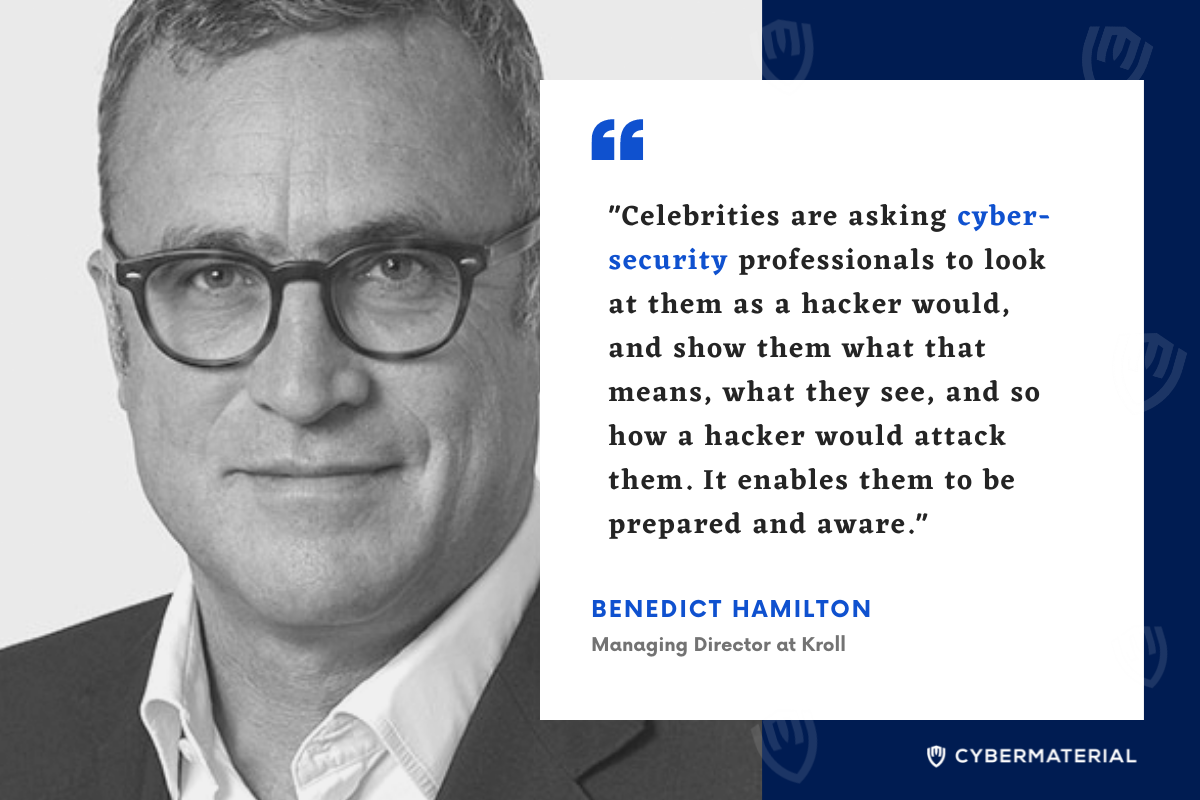 “Celebrities are asking cyber-security professionals to look at them as a hacker would, and show them what that means, what they see, and so how a hacker would attack them. It enables them to be prepared and aware.” Benedict Hamilton – Managing Director at Kroll

Benedict Hamilton is a managing director in the Forensic Investigations and Intelligence practice of Kroll, based in the London office. He developed Kroll’s General Investigations team for the EMEA region, specializing in digital investigations, including open source, and the tools and methodologies that enable clients to combat cybercrime, leaks of confidential information, counterfeiting/illicit trade, and cryptocurrencies.

Benedict is currently the global lead for technology and innovation, continuing to develop proprietary tools and techniques for Kroll investigations, particularly around social media analytics and blockchains.

FBI: Safety and Security for the Business Professional Traveling Abroad