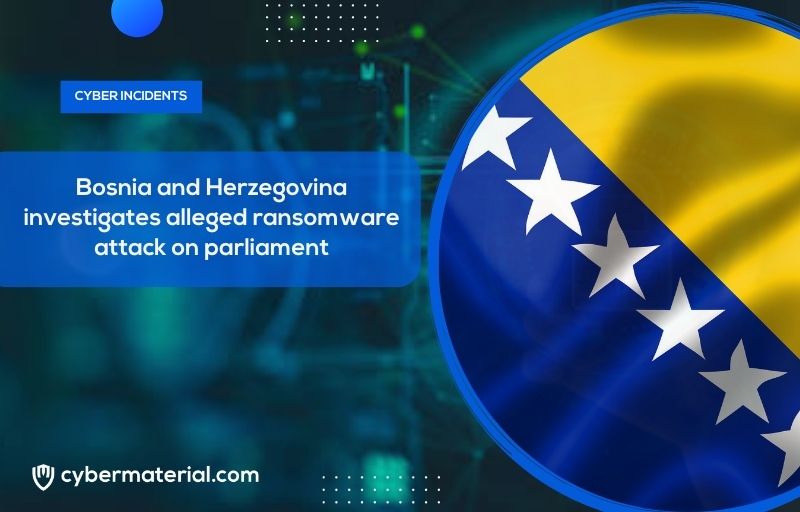 Prosecutors in Bosnia and Herzegovina are investigating a wide-ranging cyberattack that has crippled the operations of the country’s parliament.

For nearly two weeks, the website for the country’s parliament has been down, and local news outlet Nezavisne spoke with several lawmakers who said they were told to not even turn on their computers, barring them from access to their email accounts and official documents.

A spokesperson for the prosecutor’s office of Bosnia and Herzegovina told The Record that they were assigned the case a couple of days ago.

Zlatko Miletić, a delegate in the House of Peoples, told Nezavisne that it is impossible for lawmakers to get any work done and that the attack started around September 8 or 9.

While the prosecutor would not say what type of attack it is, sources confirmed to Nezavisne that it involved ransomware. The Sarajevo Times reported that the main server of parliament was shut off after the attack.

“Users are unable to access the server, and the e-mail address and the official website are inactive,” a parliament spokesperson told the news outlet.