“All the non-technical people seem to…” 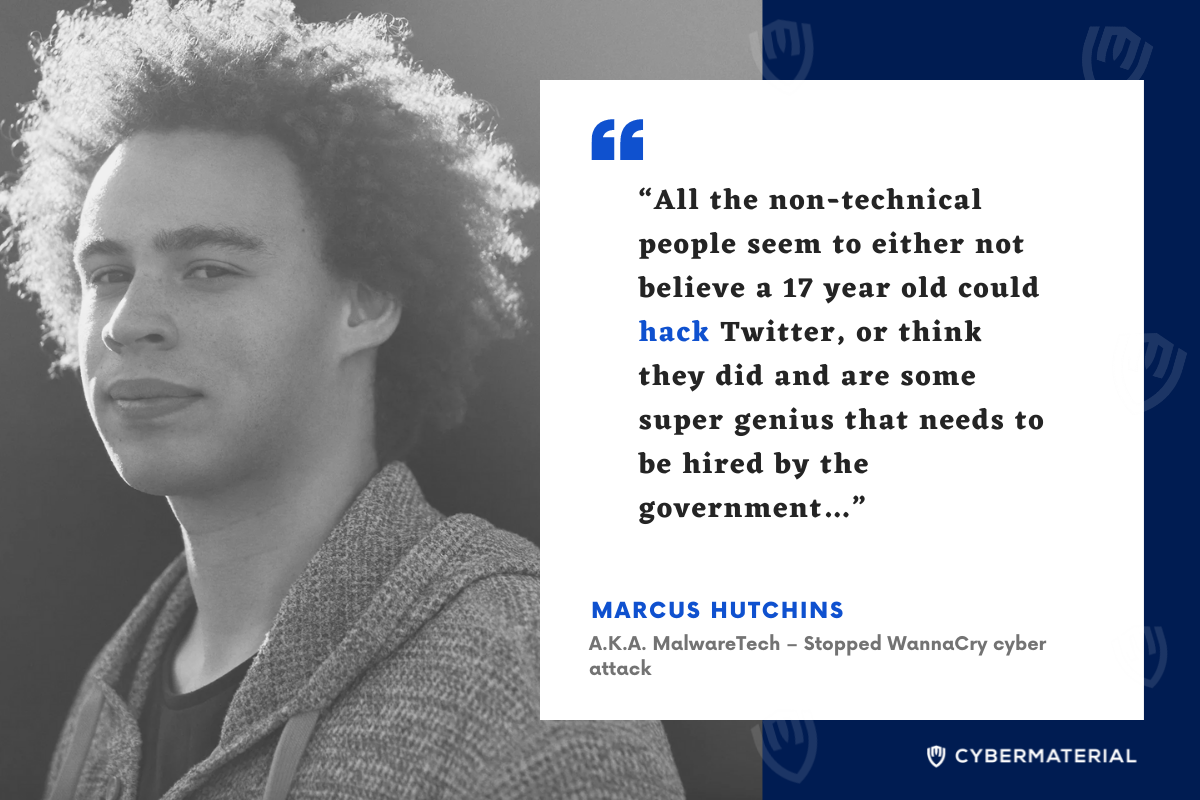 “All the non-technical people seem to either not believe a 17 year old could hack Twitter, or think they did and are some super genius that needs to be hired by the government. Hacking corporations is a lot less difficult than you think.” – Marcus Hutchins – A.K.A. MalwareTech – Cyber Threat Intelligence at Redacted

In May 2017, Marcus Hutchins – AKA MalwareTech – became a hero for stopping WannaCry, a particularly nasty ransomware that spread quickly all over the world. Yet his fame also brought to light his troubled past as the teenage Black Hat hacker who created KRONOS, a dangerous rootkit.