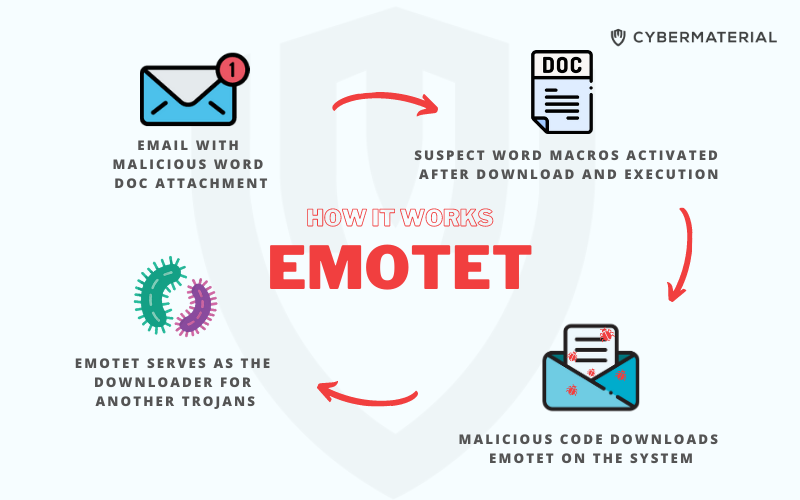 This product was written by the Cybersecurity and Infrastructure Security Agency (CISA) and the Multi-State Information Sharing & Analysis Center (MS-ISAC).

Emotet—a sophisticated Trojan commonly functioning as a downloader or dropper of other malware—resurged in July 2020, after a dormant period that began in February. Since August, CISA and MS-ISAC have seen a significant increase in malicious cyber actors targeting state and local governments with Emotet phishing emails. This increase has rendered Emotet one of the most prevalent ongoing threats.

To secure against Emotet, CISA and MS-ISAC recommend implementing the mitigation measures described in this Alert, which include applying protocols that block suspicious attachments, using antivirus software, and blocking suspicious IPs.

Emotet is difficult to combat because of its “worm-like” features that enable network-wide infections. Additionally, Emotet uses modular Dynamic Link Libraries to continuously evolve and update its capabilities.

Traffic to known Emotet-related domains or IPs occurred most commonly over ports 80, 8080, and 443. In one instance, traffic from an Emotet-related IP attempted to connect to a suspected compromised site over port 445, possibly indicating the use of Server Message Block exploitation frameworks along with Emotet (Exploitation of Remote Services [T1210]). Figure 1 lays out Emotet’s use of enterprise techniques.