“A DDoS attack is not a sophisticated…” 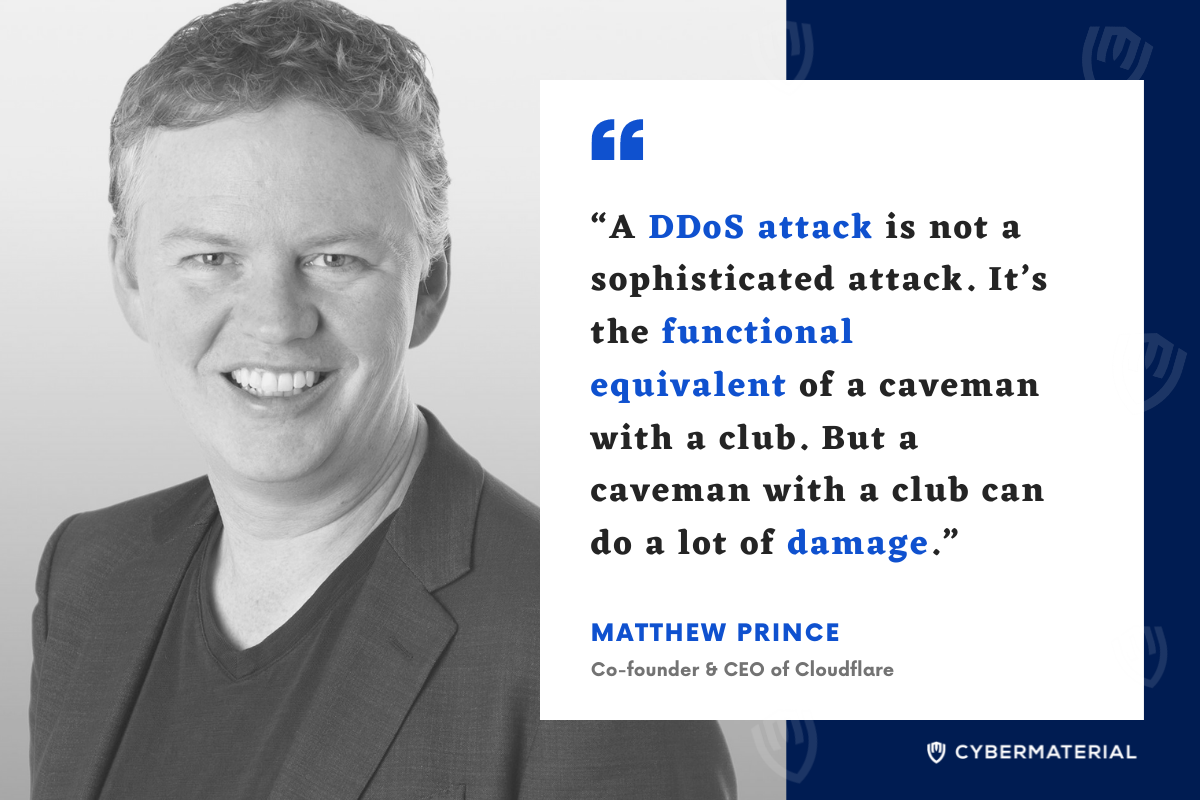 Matthew is co-founder and CEO of Cloudflare. Cloudflare’s mission is to help build a better Internet. Today the company runs one of the world’s largest networks, which spans more than 194 cities in 90 countries.

Matthew is a World Economic Forum Technology Pioneer, a member of the Council on Foreign Relations, winner of the 2011.

Tech Fellow Award, and serves on the Board of Advisors for the Center for Information Technology and Privacy Law.

Matthew holds an MBA from Harvard Business School where he was a George F. Baker Scholar and awarded the Dubilier Prize for Entrepreneurship. He is a member of the Illinois Bar, and earned his J.D. from the University of Chicago and B.A. in English Literature and Computer Science from Trinity College. He’s also the co-creator of Project Honey Pot, the largest community of webmasters tracking online fraud and abuse.

The Coming Cyber War: What Executives, the Board, and You Should Know