Find below 10 Cybersecurity Definitions of 2020: 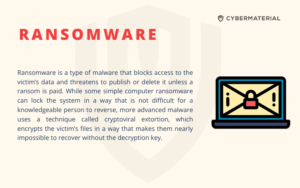 Ransomware is a type of malware that blocks access to the victim’s data and threatens to publish or delete it unless a ransom is paid. While some simple computer ransomware can lock the system in a way that is not difficult for a knowledgeable person to reverse, more advanced malware uses a technique called cryptoviral extortion, which encrypts the victim’s files in a way that makes them nearly impossible to recover without the decryption key. 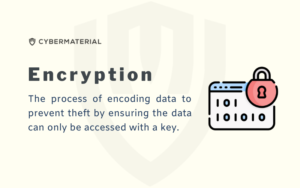 : The process of encoding data to prevent theft by ensuring the data can only be accessed with a key. 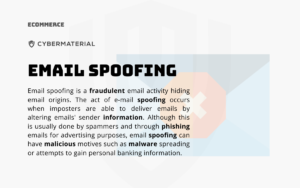 Email spoofing is a fraudulent email activity hiding email origins. The act of e-mail spoofing occurs when imposters are able to deliver emails by altering emails’ sender information. Although this is usually done by spammers and through phishing emails for advertising purposes, email spoofing can have malicious motives such as virus spreading or attempts to gain personal banking information. 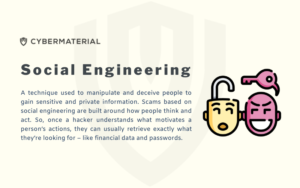 Social Engineering is a technique used to manipulate and deceive people to gain sensitive and private information. Scams based on social engineering are built around how people think and act. So, once a hacker understands what motivates a person’s actions, they can usually retrieve exactly what they’re looking for – like financial data and passwords. 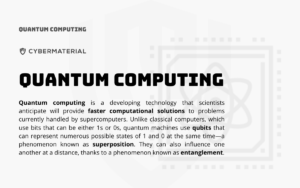 Quantum computing is a developing technology that scientists anticipate will provide faster computational solutions to problems currently handled by supercomputers. Unlike classical computers, which use bits that can be either 1s or 0s, quantum machines use qubits that can represent numerous possible states of 1 and 0 at the same time—a phenomenon known as superposition. They can also influence one another at a distance, thanks to a phenomenon known as entanglement. 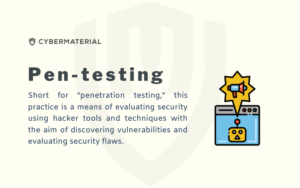 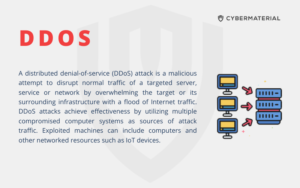 : A distributed denial-of-service (DDoS) attack is a malicious attempt to disrupt normal traffic of a targeted server, service or network by overwhelming the target or its surrounding infrastructure with a flood of Internet traffic. DDoS attacks achieve effectiveness by utilizing multiple compromised computer systems as sources of attack traffic. Exploited machines can include computers and other networked resources such as IoT devices. 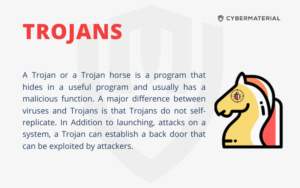 A Trojan or a Trojan horse is a program that hides in a useful program and usually has a malicious function. A major difference between viruses and Trojans is that Trojans do not self-replicate. In Addition to launching. attacks on a system, a Trojan can establish a back door that can be exploited by attackers. 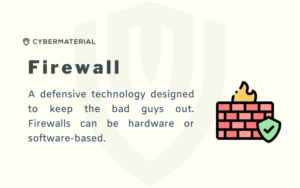 A defensive technology designed to keep the bad guys out. Firewalls can be hardware or software-based. 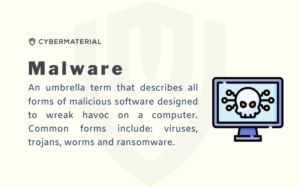 : An umbrella term that describes all forms of malicious software designed to wreak havoc on a computer. Common forms include: viruses, trojans, worms and ransomware.

4 in 10 emails that included Coronavirus information were linked to fraud, phishing, or malware.

From 100 USB devices bought on e-bay, resellers properly wiped only 32. Researchers partially recovered files from 26 and they fully recovered the entire sets of files on the remaining 42.

Podcasts to explore: Cybersecurity and Kids